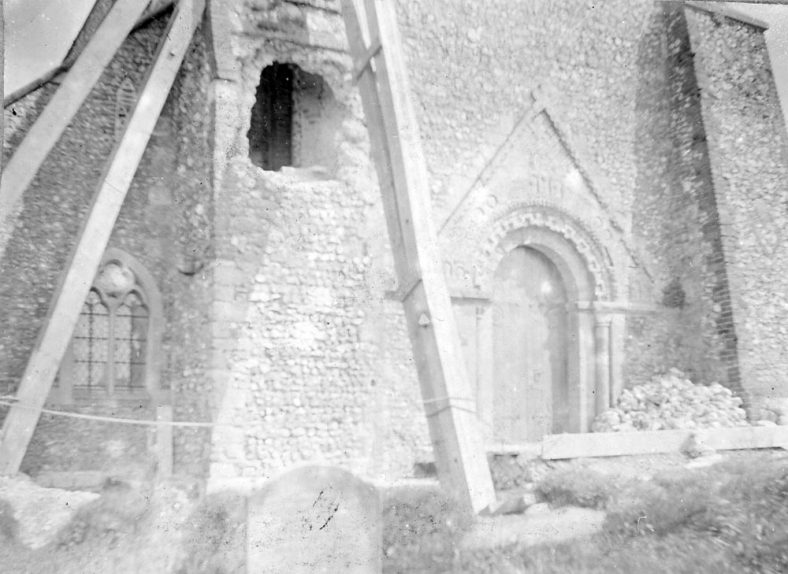 Black and white photograph of the west end of the church of St Margaret of Antioch featuring a large hole in the buttress supporting the tower to the left of the west door. Three large timbers are placed as props to ensure the structure does not collapse. Photograph taken pre-1921 when a protective canopy was built over the west door. Vestry records indicate repairs to the tower were necessary in 1909 and 1919.