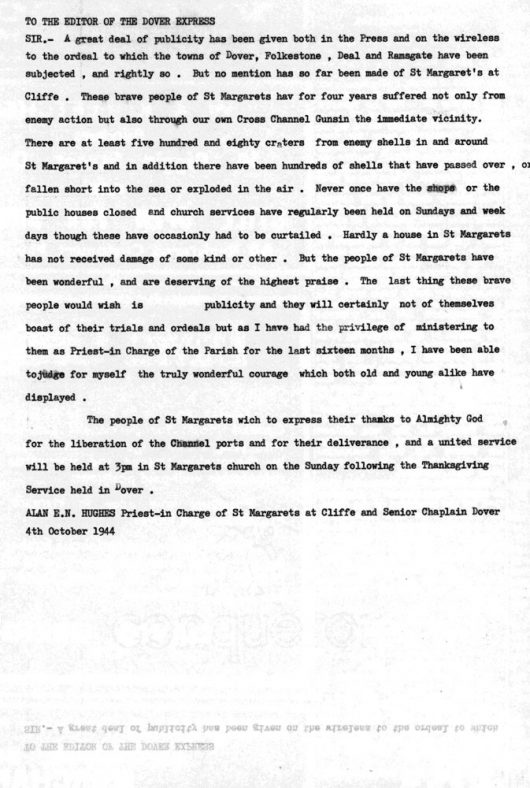 This letter was written by Alan Hughes, the Priest in Charge of the Parish of St Margaret’s. He writes that plenty of coverage has been given to the plight and suffering of the towns of Dover, Folkestone, Deal and Ramsgate, but no mention had been made of St Margaret’s to that point.
The people would not by themselves seek publicity, but their ordeal certainly needed to be made known to the outside world.