You are here: HomenextKeywordsnextThe Coastguardnext1889-1959 Coastguards based at St Margaret's Bay and Cornhill Westcliffe

1889-1959 Coastguards based at St Margaret's Bay and Cornhill Westcliffe 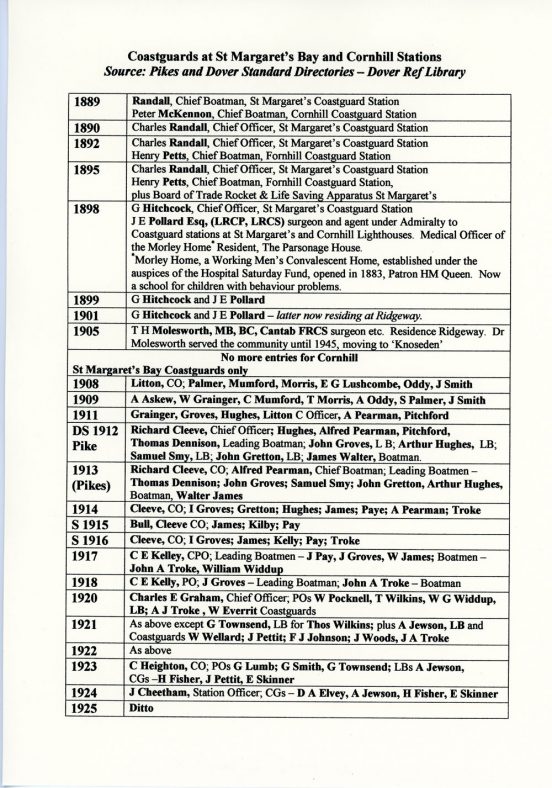 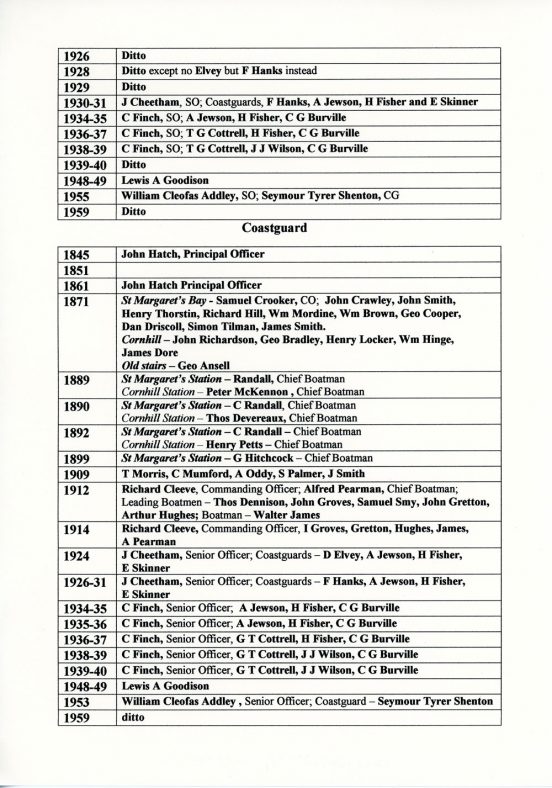 A list of Coastguard names taken from Census, Pikes & the Dover Standard covering the period 1889 – 1959 for St Margaret’s and Cornhill, Westcliffe Stations. During this period, the Coastguard Station in the Bay closed down and moved to the new Station on Bay Hill, and the Cornhill Station closed down altogether.