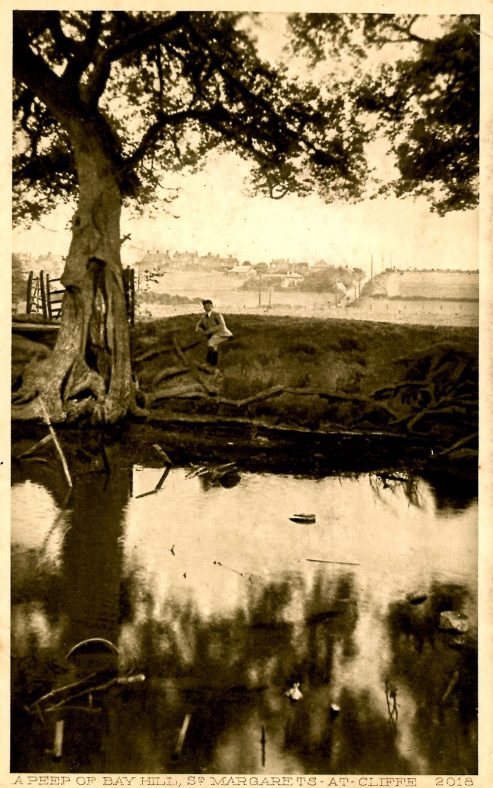 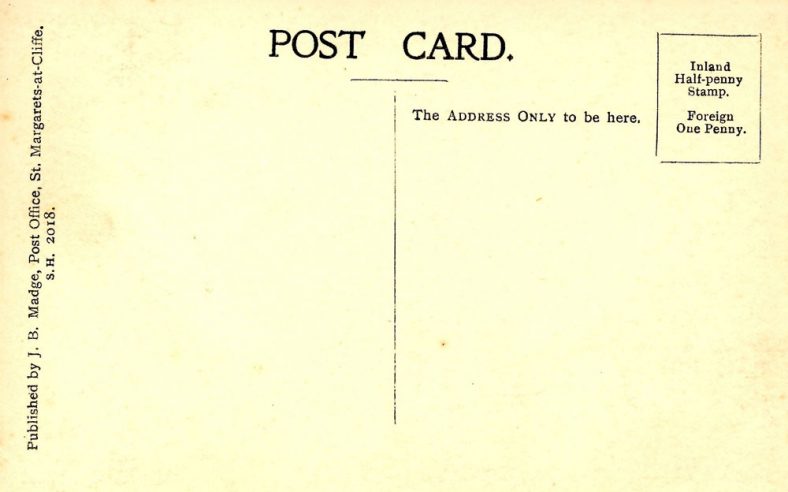 A sepia postcard published by J.B. Madge of the Post Office, St. Margaret’s at Cliffe entitled ‘ A Peep of Bay Hill, St Margaret’s-at-Cliffe’ and numbered 2018. The view is taken from the pond in Reach Road, with Sea Street and the Droveway visible in the distance.
It is unused and thought to be early 20th century.