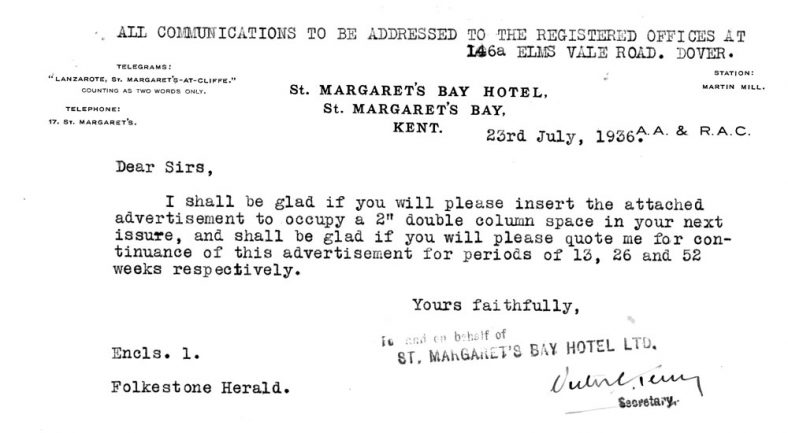 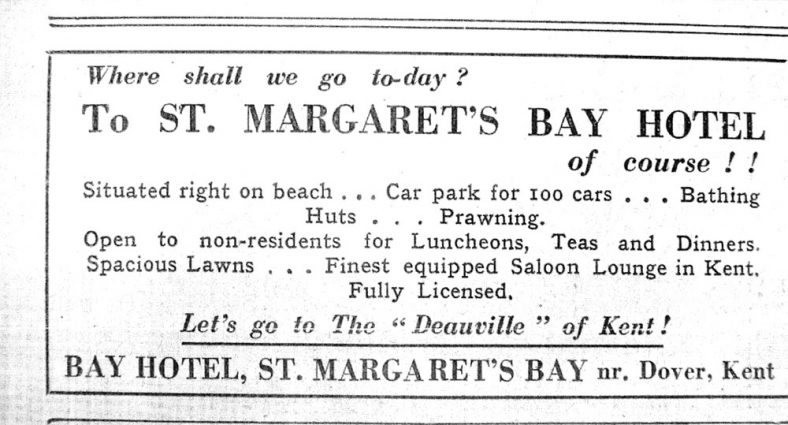 Two copies of an advertisement for the Bay Hotel which appeared in the Folkestone Herald in August 1936.

In addition there is a letter from the hotel secretary to the newspaper asking for the advert to be placed and seeking quotes for the cost of placing the advert for further periods of 13, 26 and 52 weeks.