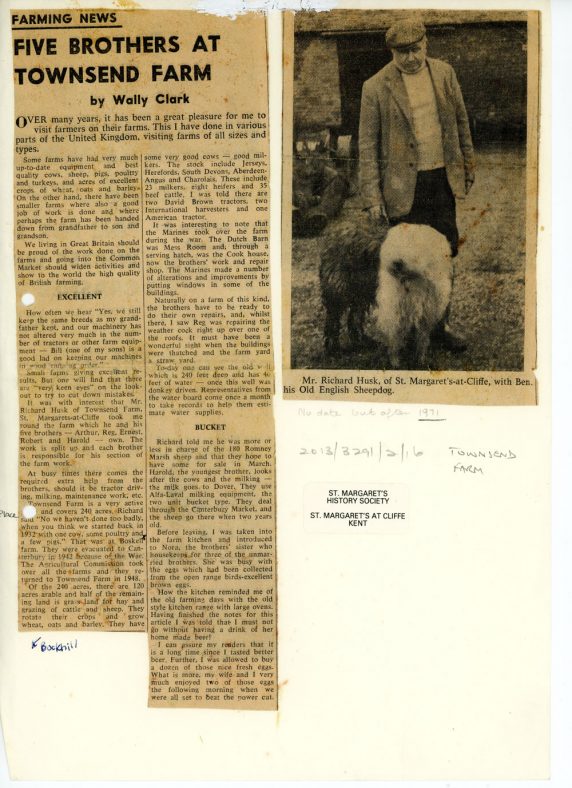 An undated article by Wally Clark in an identified local newspaper about the Husk brothers who worked Townsend Farm for a number of years beginning in 1932 and carrying on, it would appear, until the 1970s. [Article probably post-1971].