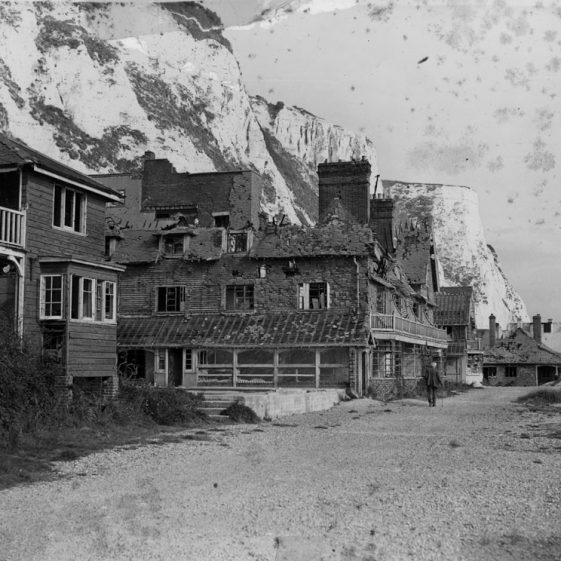 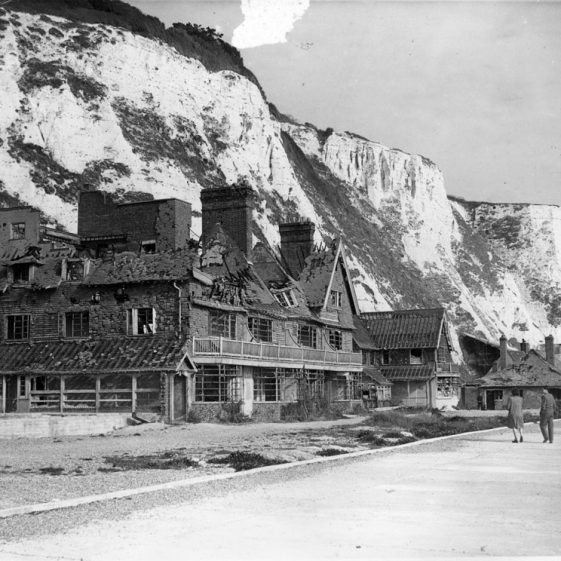 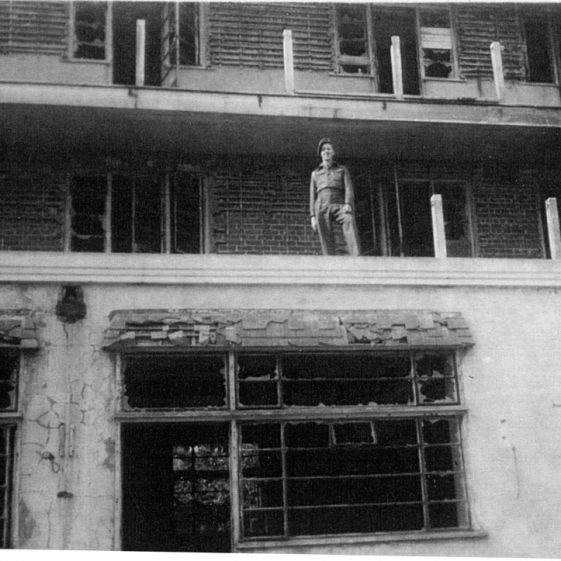 Three black and white photographs of the severely damaged derelict Bay Hotel building. Much of the damage was caused by the 1943 fire, some was caused by wartime activities, when the area was used as a battle training ground by British troops.

Handwritten notes with the originals states ‘1947’, ‘1947 – 8’. The third image is a photocopy of a black and white photograph and has a handwritten caption:

‘Extension of Bay Hotel 1948. Soldier Unknown. This extension was built 1936 giving an extra 60 or so bedrooms’.