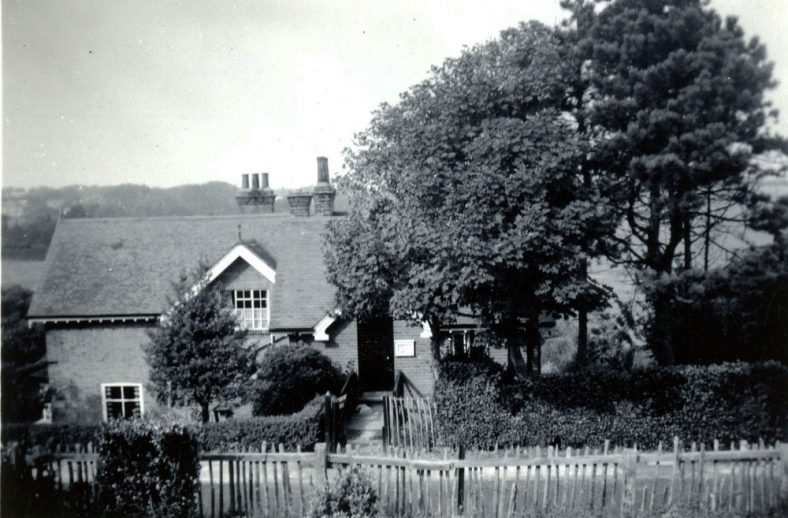 A photograph of Bridge Cottage, The Droveway.
On the reverse the caption states ‘Annie Sharpe Collection. Early to mid 20th century.