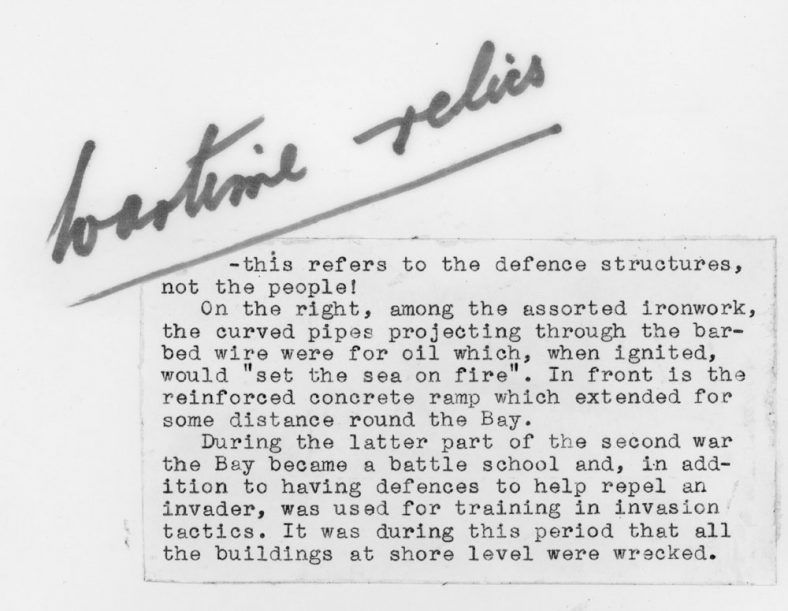 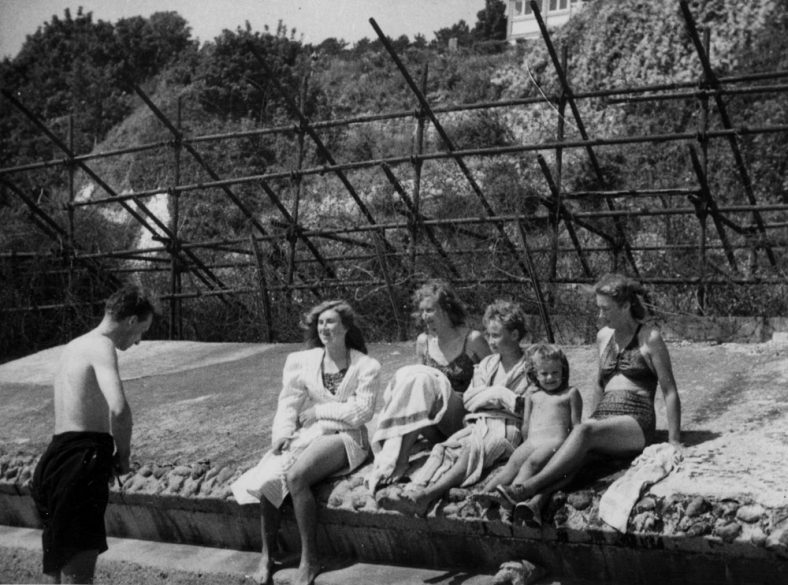 From the Gordon Denoon album; photograph and caption

The curved pipes carrying oil were part of the ‘Flame Barrage’ – a discharge of a petroleum/gas mixture into the sea which would have been ignited among invasion vessels.

Also the steel scaffolding would have been hung with contact mines to provide an additional defence.

Pipework for a second flaming defence (the Defile Flame Trap), intended to set alight invading vehicles, proceeding up Bay Hill extended from storage tanks buried in the garden of The Edge.
A corner of The Edge can be seen at the top of Gordon’s photograph