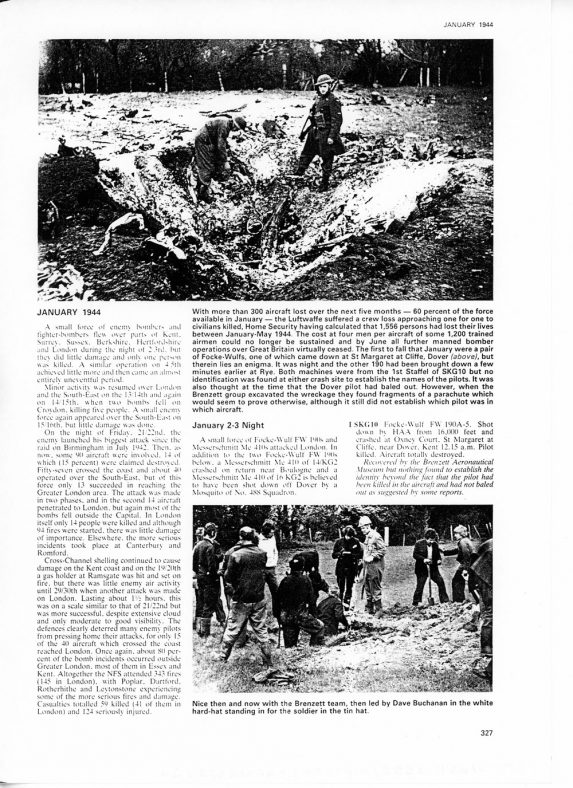 Photocopy from an unidentified article. The article deals with air action over the south-east during January 1944 and includes a photograph of the crash-site in Oxney Court of a German Focke-Wulf 190 fighter brought down during the night of 2/3rd January 1944.

Also includes a photograph of the Brenzett team leading a later excavation of the site.