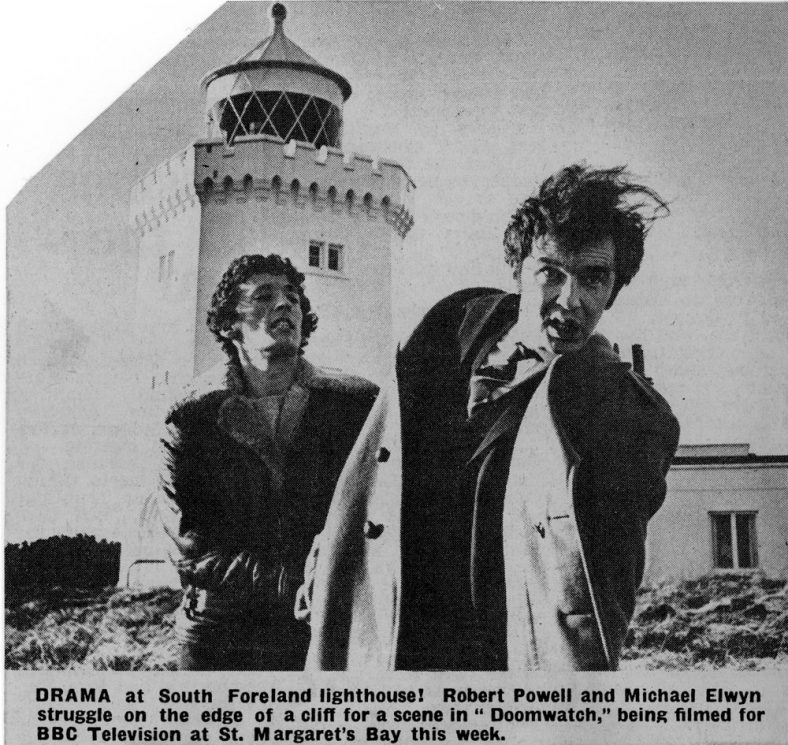 ‘Doomwatch’ was a British science fiction television programme produced by the BBC, which ran on BBC1 between 1970 and 1972. The series was set in the then present-day, and dealt with a Scientific Government Agency led by Doctor Spencer Quist.

In this photograph we can see Robert Powell playing Toby Wren who was killed off in the finale of the first series. This is probably the episode depicted here which was transmitted on 11 May 1970.
All the master tapes of the series were wiped and only a few copies of the film have survived.

From the Gordon Denoon album