You are here: HomenextKeywordsnextIan FlemingnextBuilding new houses at East Cliff end of the Bay. 1937

Building new houses at East Cliff end of the Bay. 1937 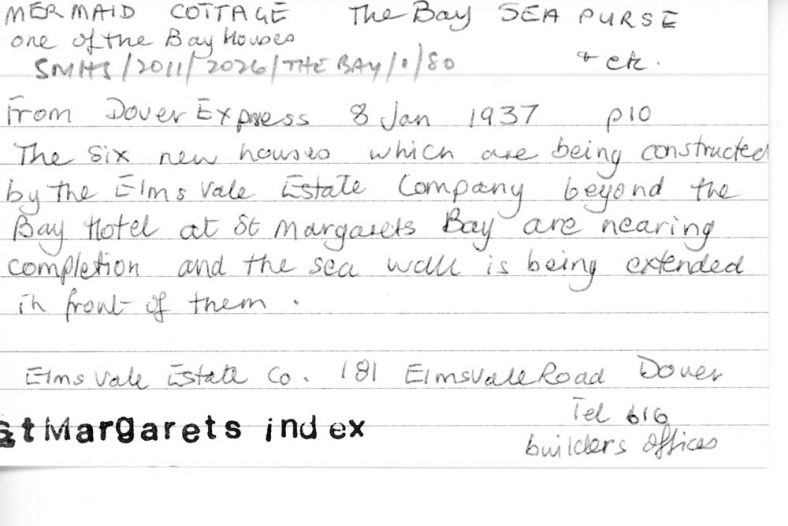 Hand-written extract from the Dover Express dated 8th January 1937 p10 regarding the construction of 6 new houses at the eastern end of St Margaret’s Bay.
After the war these houses and a slightly older house further along the cliff originally called Kay’s Bluff after its owner, the Hon Kay Norton, were all leased by Noel Coward.
Coward changed the name of the house from Kay’s Bluff to White Cliffs.
Ian Fleming subsequently leased one of the houses from Coward in the 1950’s.
During the war the beach area was requisitioned by the army who used the buildings as a Battle School to train troops in fighting.
These houses were damaged but survived the later destruction of the other properties on the beach after the war.