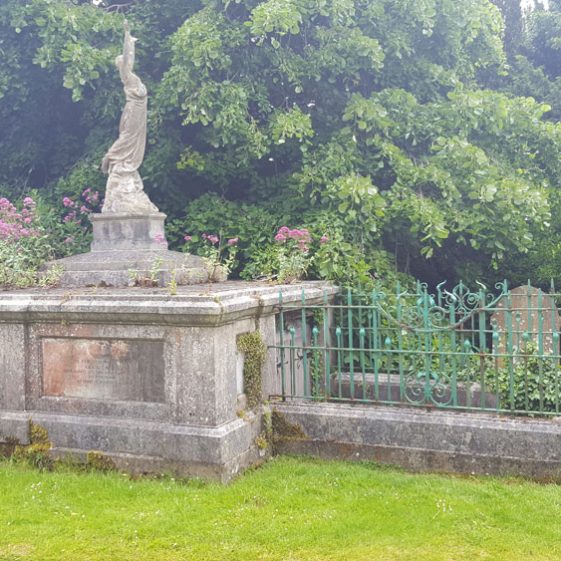 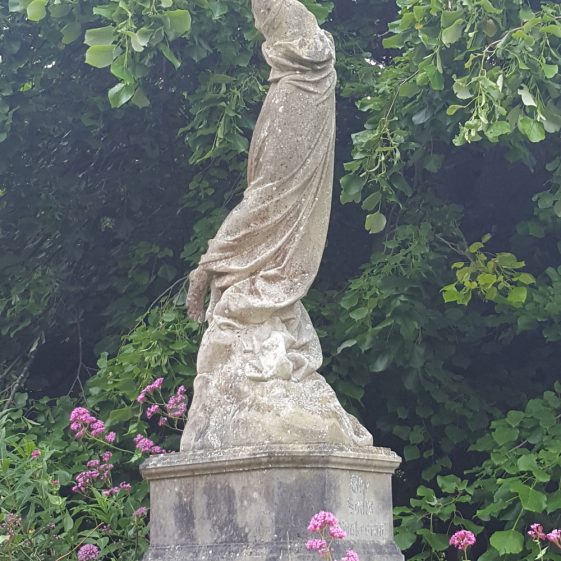 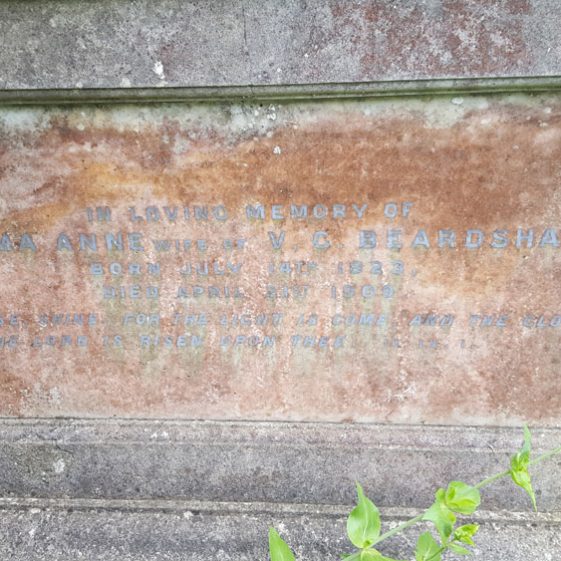 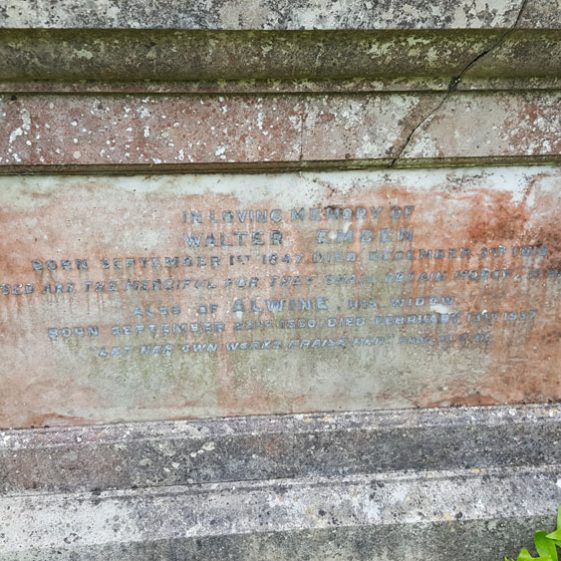 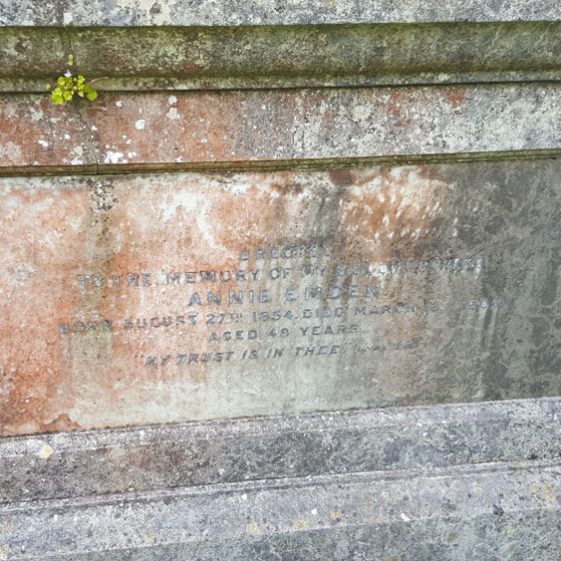 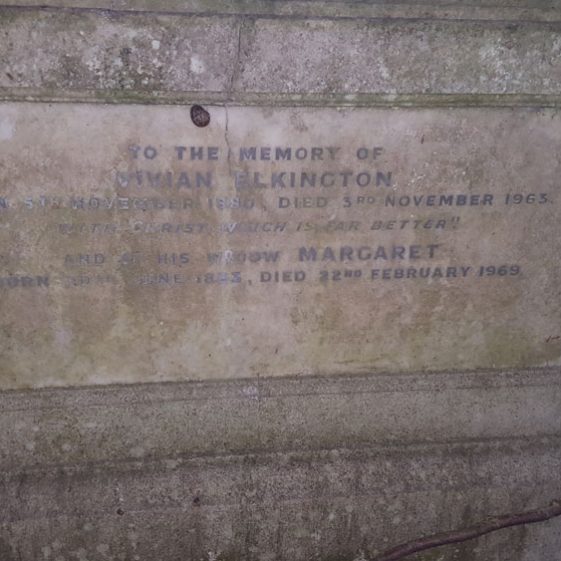 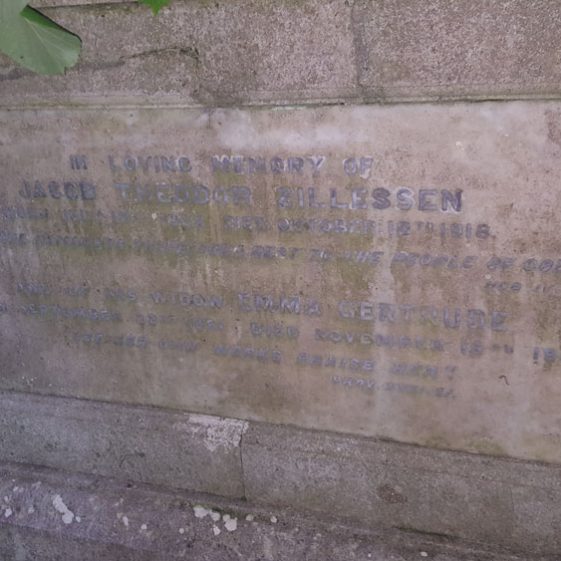 Rectangular marble and limestone mausoleum surmounted by statue ‘The Soul Awakening’. Inscriptions on the four sides, with further plaques on the walls of the steps down to the door