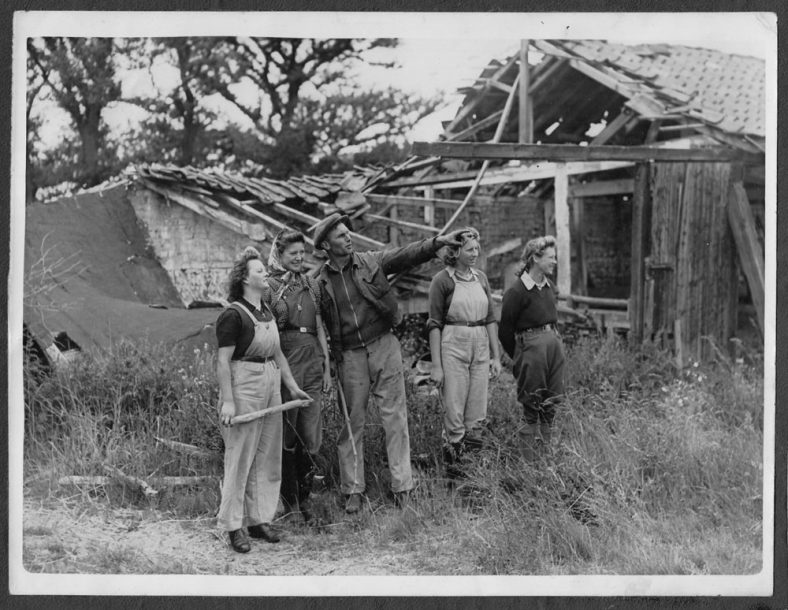 Henry Curling with a group of landgirls at Reach Court Farm 1943. One of a collection of propaganda photos made at the farm which was run by Gilbert Mitchell.
Mr Mitchell and his wife, her sister and Henry Curling managed this farm and others in the village throughout the war with the help of landgirls and it became known as’ Britain’s Frontline Farm’. Mr Mitchell was awarded the George Medal and his wife Kathleen and sister- in- law Gladys Harrison (later Grace Guest) were awarded the BEM in 1942 for farming ‘under fire’.
These photos were probably taken in 1943 for a Ministry of Information exhibition in America. The archive has a copy of a letter to Mr Mitchell dated 3 January 1943 asking him to assist the Ministry with this project.