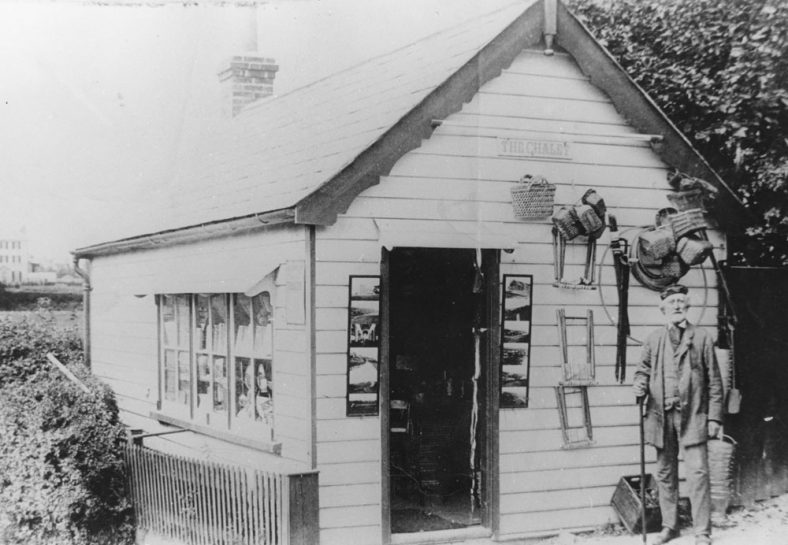 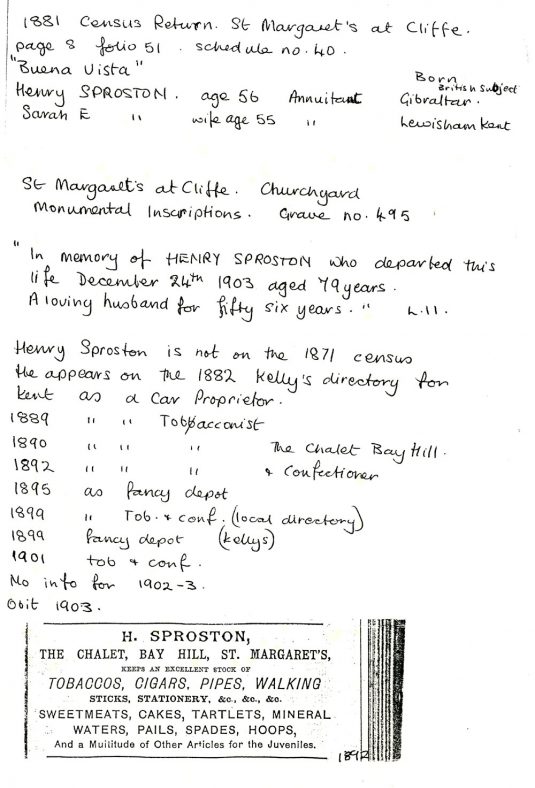 A photograph of Henry Sproston, proprietor of a shop selling tobacco goods, confectionery and general goods at The Chalet towards the top of Sea Street.  Probably taken sometime in the late 19th century as he died in 1903 age 79.  In the distance on the left can be seen Portal House.

Some of his details as taken from Census Returns and Kelly’s Directory.