You are here: HomenextKeywordsnextCliffe HotelnextHotel guests on the Cliffe Hotel Tennis Courts. 1911 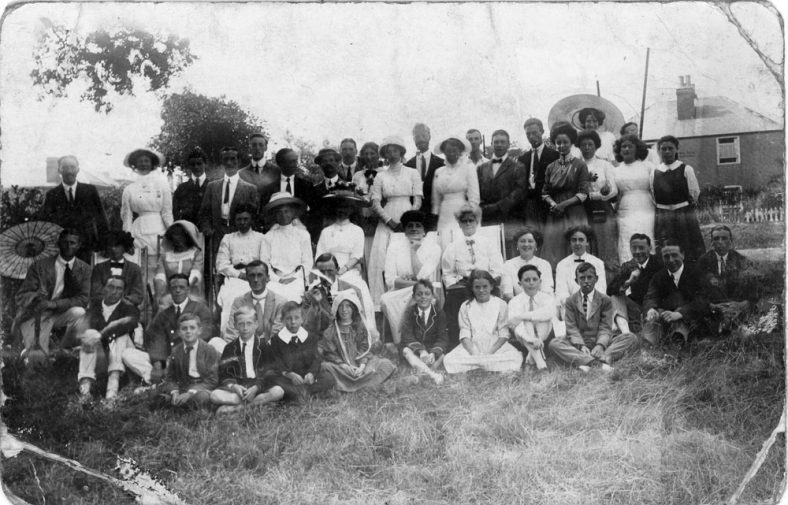 Photograph taken from the Gordon Denoon album with accompanying caption.

Gordon Denoon further elaborates on this photograph in his book ‘Saga of St Margaret’s’ :

‘There are in fact 46 people in this group (probably the entire hotel guest list) which includes my mother and Muriel, and three Allen brothers mentioned earlier and one Robinson who acted as coachman to my father on a notable occasion also previously mentioned.

Sitting next to my sister is her great friend Queenie Avril (one of so many people introduced to the Bay by my family). She was private secretary to Mr Ernest Betjeman (father of the present Sir John). Mr Betjeman and Queenie used to visit my parents and, being very deaf, he always used a large bell-bottomed ear trumpet which he would swing round rapidly to each person with whom he had a conversation. This was my first experience of such a device’