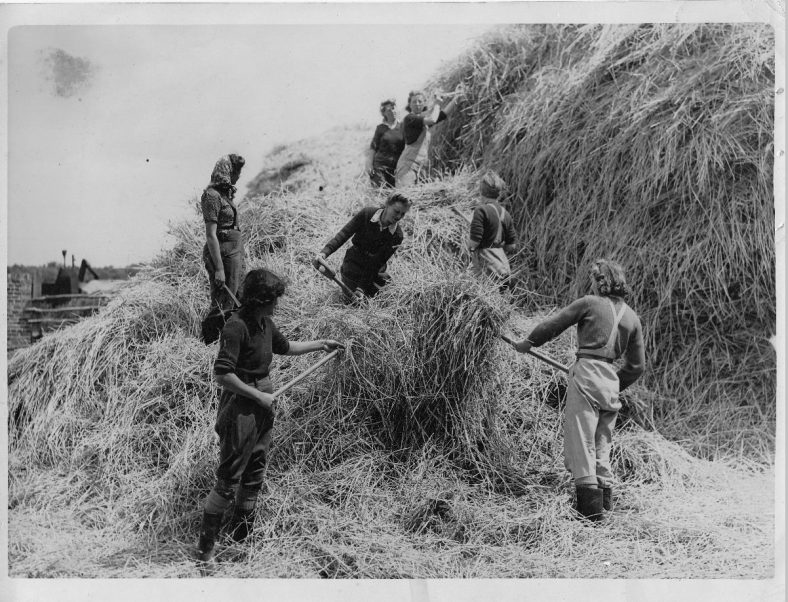 One of several propaganda photographs taken during WW2 at Reach Farm, which became known as ‘Britain’s Frontline Farm’ due to its vulnerability to bombing and shelling from occupied France. The farmer, Gilbert Mitchell, was awarded the George Medal and his wife Kathleen and sister in law Grace Harrison, were awarded the BEM.

Possibly crown copyright as one of several commissioned propaganda photos