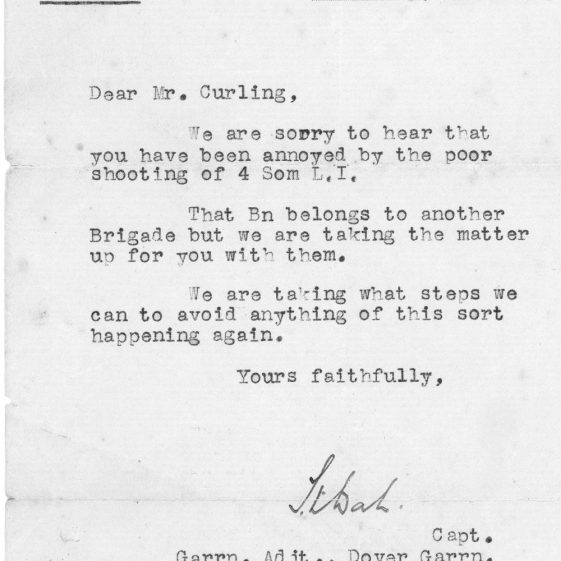 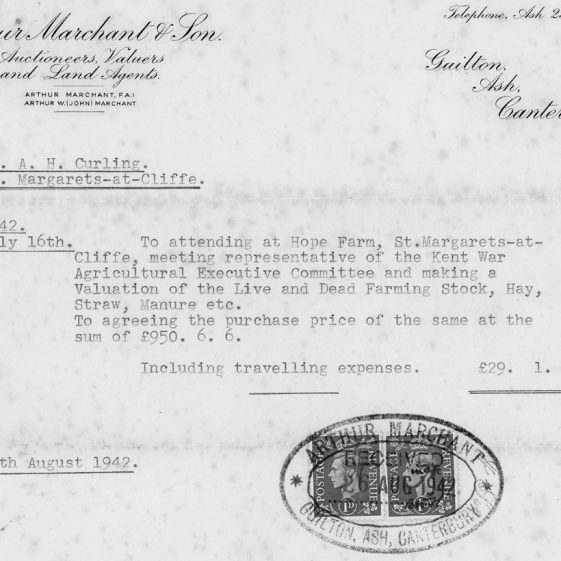 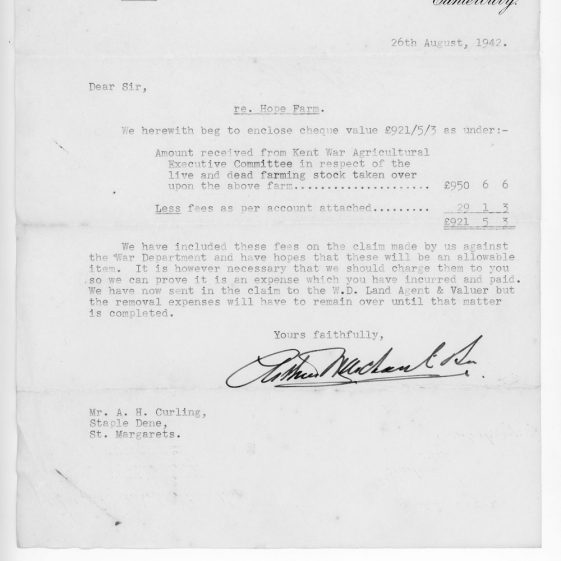 The first letter dated 18th May 1942 is from the Dover Garrison adjutant apologising to Albert Curling of Hope Farm for the ‘poor shooting’ by the 4th Somerset Light Infantry, garrisoned locally in 1942 as Home Defence.

The second letter dated 16th July 1942 is to Albert Curling from Arthur Merchant, Agricultural Valuers, with a valuation of live and dead farm stock on Hope Farm of £950.

The third letter dated 26th August 1942, again from Arthur Merchant to Albert Curling, enclosing a cheque for the sum quoted in the earlier letter from the Kent War Agricultural Committee and making reference to this being subject of a claim to the War Department.