You are here: HomenextKeywordsnextNoel CowardnextCliff fall at The Leas end of St Margaret's Bay. 2nd December 1966 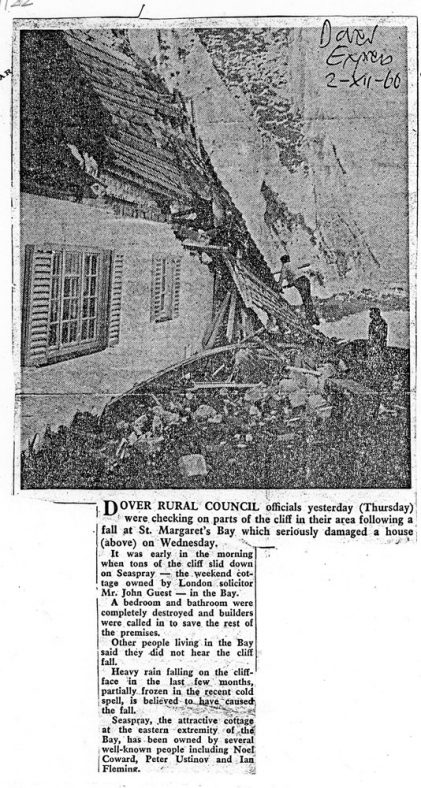 An article from the Dover Express of 2nd December 1966 about a cliff fall which severely damaged Seaspray, once the home of Noel Coward and now a weekend cottage owned by London solicitor John Guest.
NB The press cutting mentions Peter Ustinov as a former resident of the house. He was not, although he did buy and use a former gun emplacement on the South Foreland after WW2