You are here: HomenextKeywordsnextHope FarmnextWoodcut of Hope Farm by Pat Moody 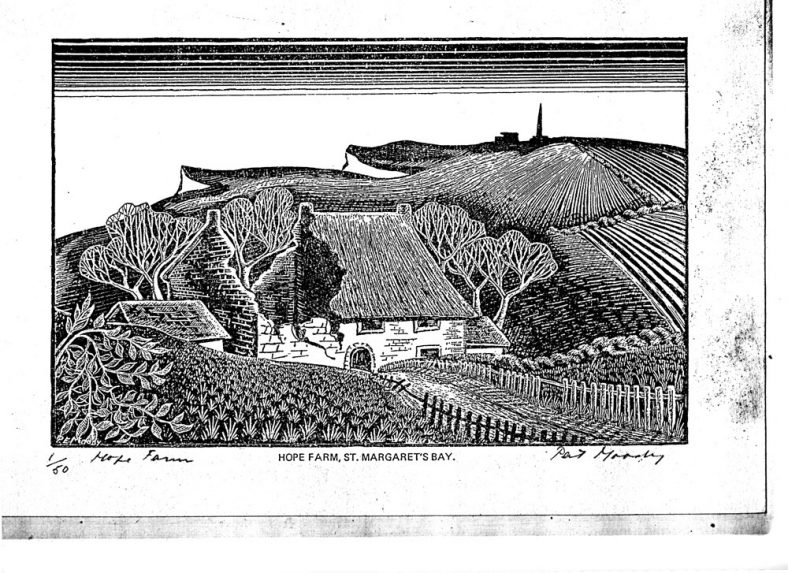 Photocopy of a woodcut by Pat Moody (No.1 of a limited edition of 50). Suggested date soon after WW2 as it clearly shows bomb/shell damage to the house. Hope Farm was sold on 18 December 1952. Catalogue entry – ‘Lot 1: the agricultural holding known as Hope Farm, St Margaret’s at Cliffe. The former house and buildings were much damaged during the time of Government Requisition as they remain as left. Land 63 acres 2 roods 24 perches. In the occupation of Mr A H Curling on a yearly tenancy. Apportioned rent £36. 8s. 0d.’

(Pat Moody was a WW2 artist, resident of Deal)