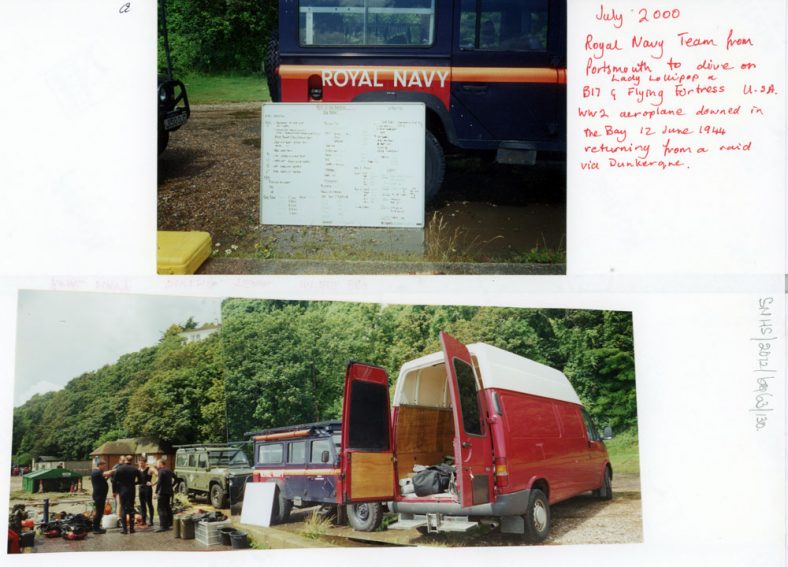 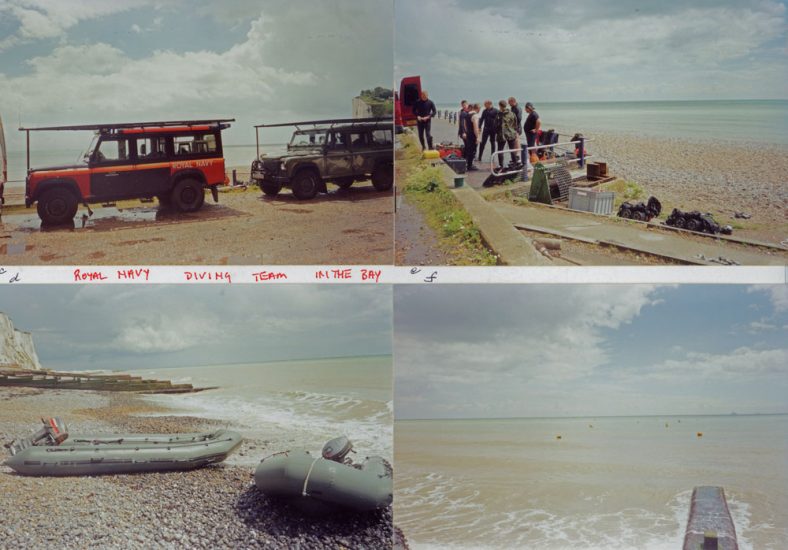 In July 2000, a Royal Navy diving team from Portsmouth arrived in St Margaret’s Bay to dive on a WW2 American B17 Flying Fortress, the Lady Lollipop, downed in the Bay on returning from a raid via Dunkirk on the 12th June 1944.  The dive was to ascertain whether there was still any live ammunition on board. Result unknown.