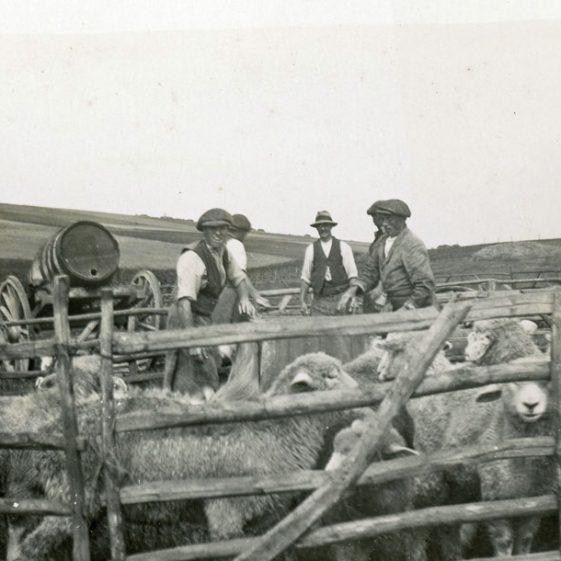 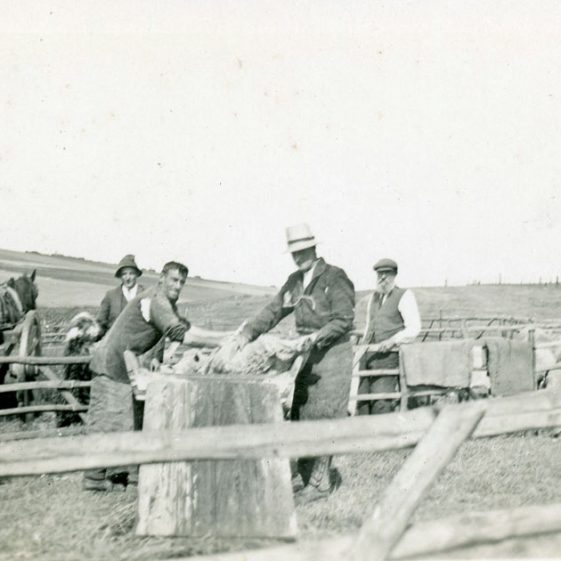 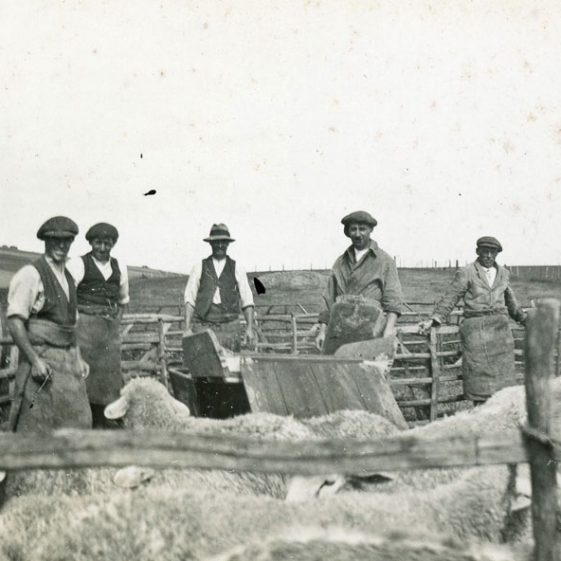 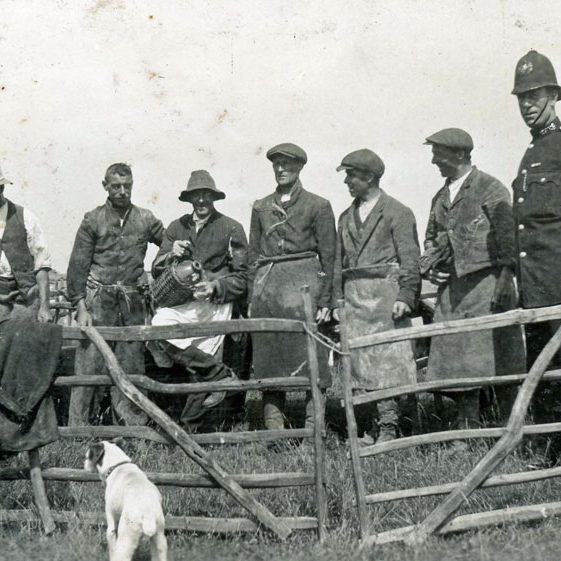 Typescript text attached to the mount reads: “The Sharpe family who farmed at Bockhill for many years, and especially Annie Sharpe, recorded for posterity many aspects of the farming year. For Annie the animals held a special delight.
This series of four pictures show the sheep dipping in progress.
The dipping of sheep through a bath of disinfectant to rid it of parasites is done twice a year, summer and winter.
The policeman attended to ensure the dip was done properly in accordance with the law.
With the dipping over it’s time for a jug of beer; much needed after a hot and exhausting job manhandling the sheep through the trough which contained a strong mix of disinfectants as well as creosote and sometimes arsenic. Not the sort of job to strip off for”. Undated [c.1930?]