You are here: HomenextKeywordsnextWorld War 2nextSound File: 'Arriving at Townsend Farm 1935.' Extract from an interview with Jean Datson

Sound File: 'Arriving at Townsend Farm 1935.' Extract from an interview with Jean Datson 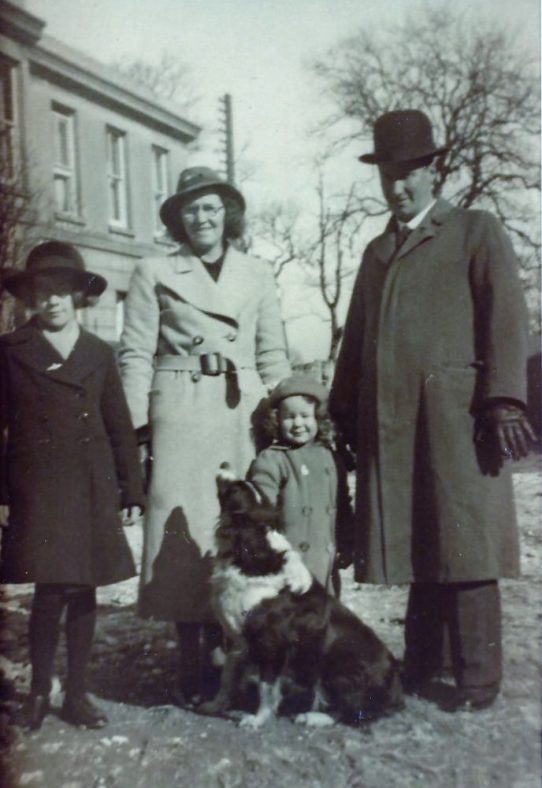 An interview with Jean Datson (nee Burton) about arriving as a child at Townsend Farm with her parents and sisters in 1935.
The Burtons stayed on the farm until 1940 when they had to leave because the farm was requisitioned by the military.

Transcript
‘ I arrived at St Margaret’s-at-Cliffe on the evening of 11th October 1935. We stepped off the bus outside the Red Lion. There was Mum who is Elsie Burton, Dad Percy Burton and myself, I was the eldest of 3 daughters, Pamela who was 8 and Dorothy who was 5. We took the dog which an aunt had given us and so we crossed the road to Townsend Farm in the twilight. Dad unlocked the back door and in we went to this great big house. We had a meal, mum seemed to have baskets of food and we had tea we then helped mum and dad prepare beds for us in the great big bedrooms. And dad got a coop outside with a hen or two in and I was afraid that the dog we had got would kill the chicken in that coop overnight. I hadn’t much idea of safety of birds or anything then. The next morning I was detailed off to wash up the breakfast things and dad came in the back door with Mr George Laslett the previous tenant and he said as a way of introduction and this is Jean and she doesn’t like washing up. Laughter. So old Mr Laslett he said ‘aah she’ll come to it. She’ll come to it’. Of course, after that dad would recite all this just to remind me of something I could do to help my mother.’