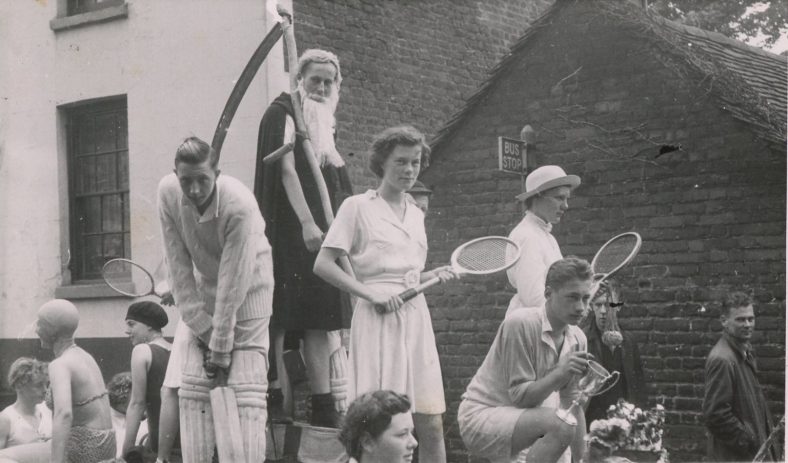 An extract of an interview by Tony Marsh talking to Maria Fitzgerald about his memories of WW2 and of attending firstly East Langdon school by bus in wartime as the village school was shut, including pulling over to allow German planes to fly past.

In 1946/7 Tony attended the Old School in Kingsdown Road which had reopened for village children. The Headteacher Mr Barraclough was a good teacher but prone to disappear for a pint at the nearby Red Lion pub in school hours.Tony stayed at the school until he went to Dover Boys Grammar School.

Photo: Tony Marsh (bending with silver cup in hand) on one of the village Coronation floats 1953