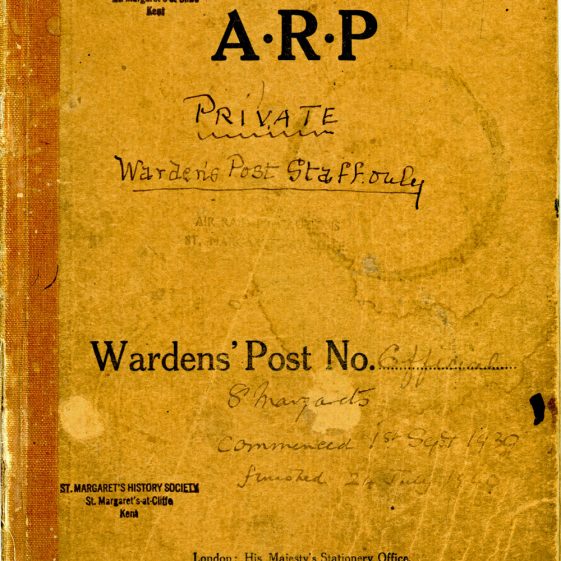 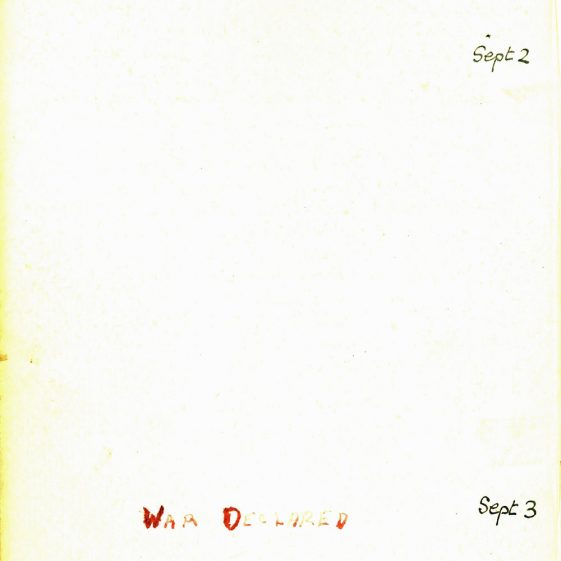 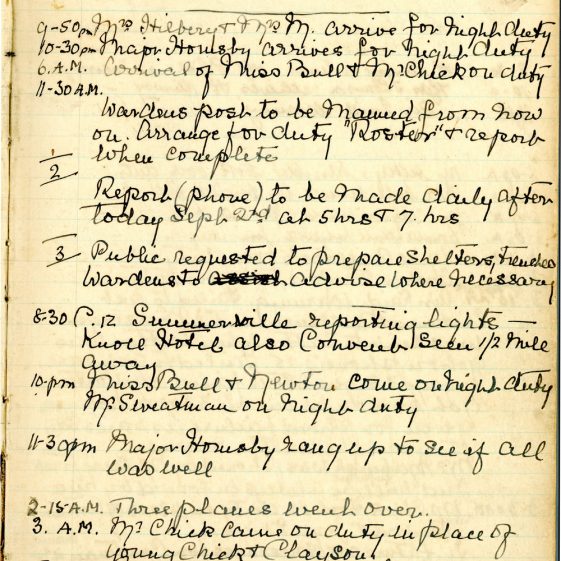 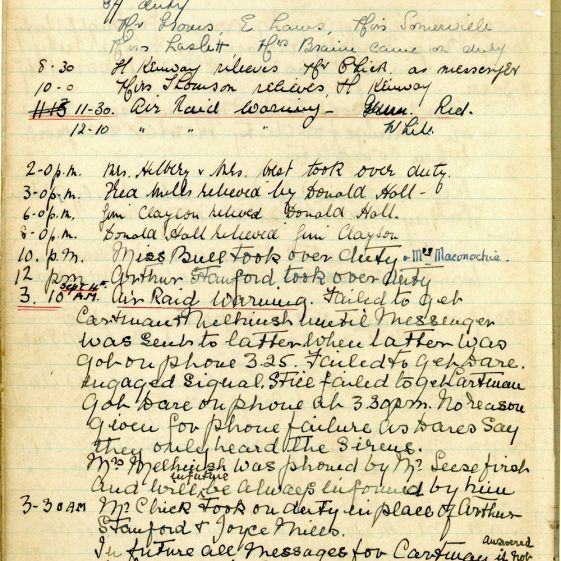 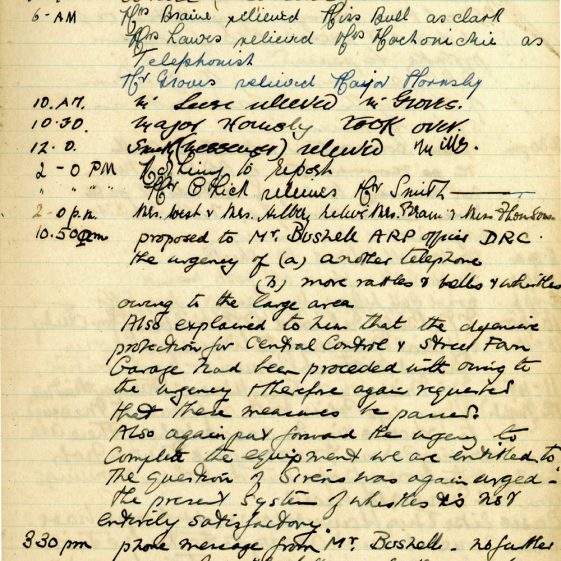 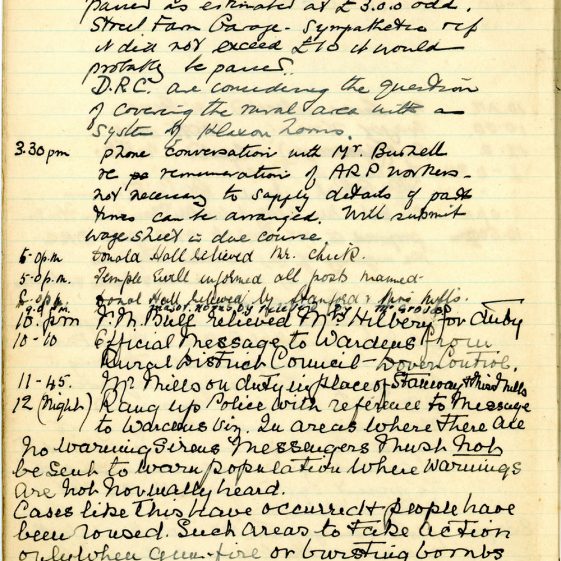 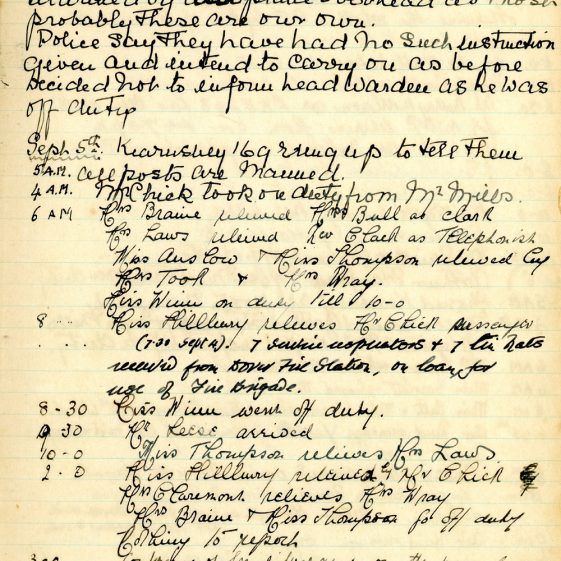 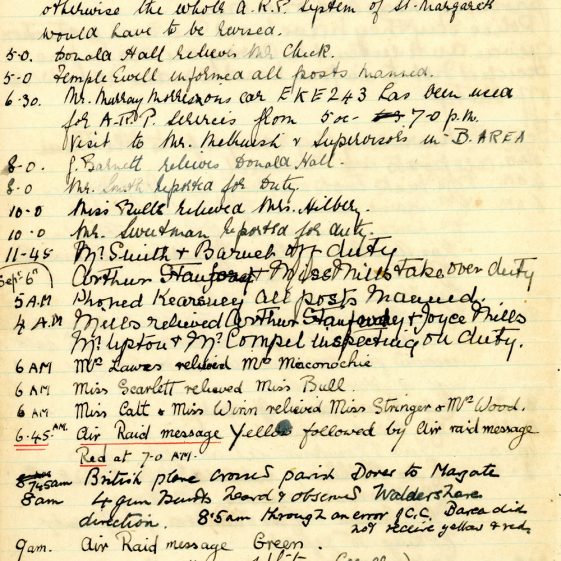 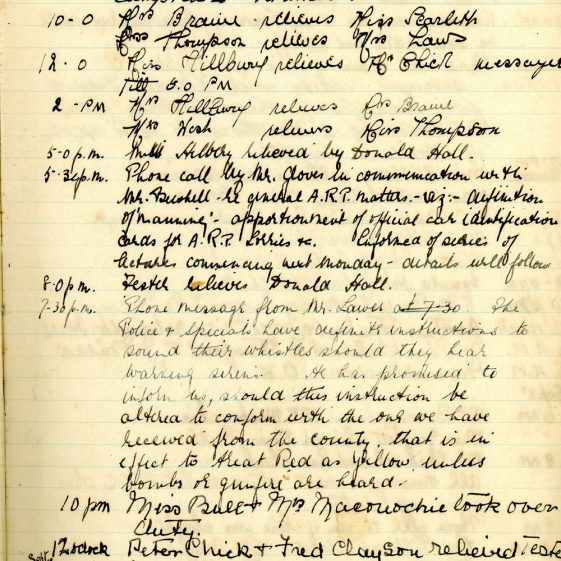 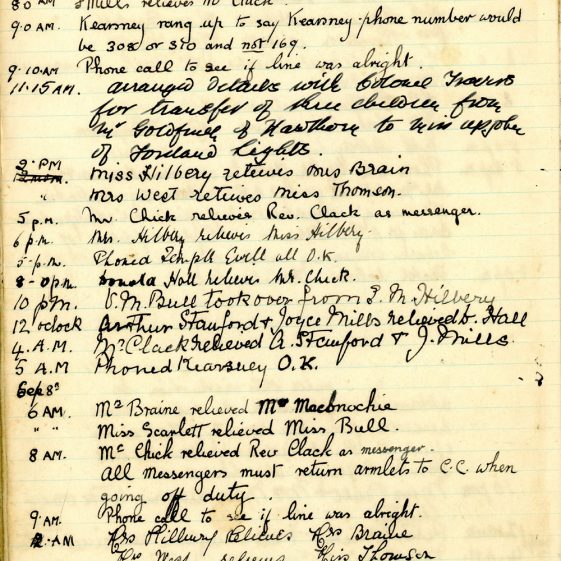 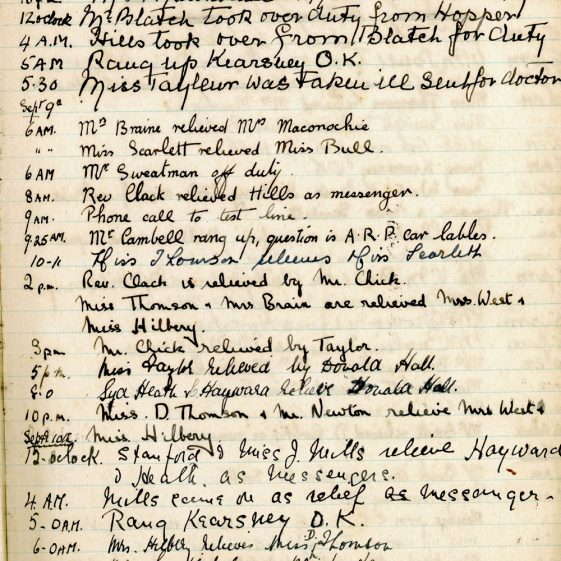 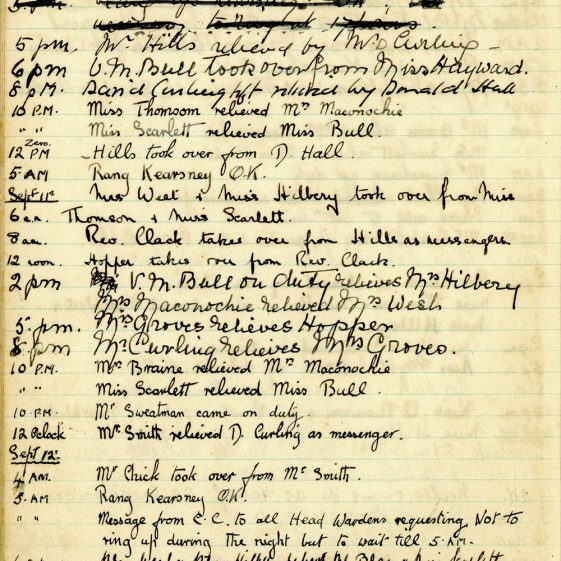 The first of nine volumes of the St Margaret’s ARP logs. This volume covers the period from 1st September 1939 to the 24th July 1940 and includes the period of the evacuation of Dunkirk in late May and early June 1940.

This volume also reflects the increased ARP activity recorded as a result of the commencement of the Battle of Britain on 10th July 1940 when the Luftwaffe attacked shipping convoys in the English Channel and Channel ports and coastal radar stations on the South coast, and made widespread night-time raids all along the coast.

The Air Raid Warden Service was set up in 1937 dedicated to the protection of civilians from the damage from air raids.

Air raid warnings were colour coded which is how they are recorded in the log. They are as follows:-

‘AIR RAID MESSAGE YELLOW’.
A PRELIMINARY CAUTION that raiding aircraft are approaching the UK.
Sent to recipients on the district warning list of districts in which raiders appear to be heading. This message is only a preliminary warning and was confidential. It was neither to be passed on from one warning district to another nor to be conveyed to the public.

‘AIR RAID WARNING RED’
An ACTION WARNING that raiding aircraft are heading towards certain districts which may be attacked within from five to ten minutes. Sent to recipients on the direct warning list of districts threatened. Message passed by telephone to certain authorities on the warning list, who will sound the Air Raid Warning.

‘AIR RAID MESSAGE GREEN’
RAIDERS PASSED. Raiding aircraft have left districts warned or no longer appear to threaten those districts. Sent to all recipients of an ACTION WARNING. Message passed by telephone to certain authorities on the warning list, who will sound the RAIDERS PASSED.