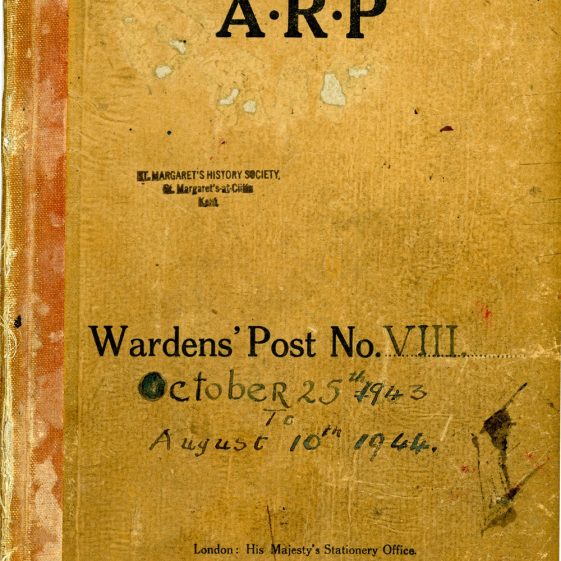 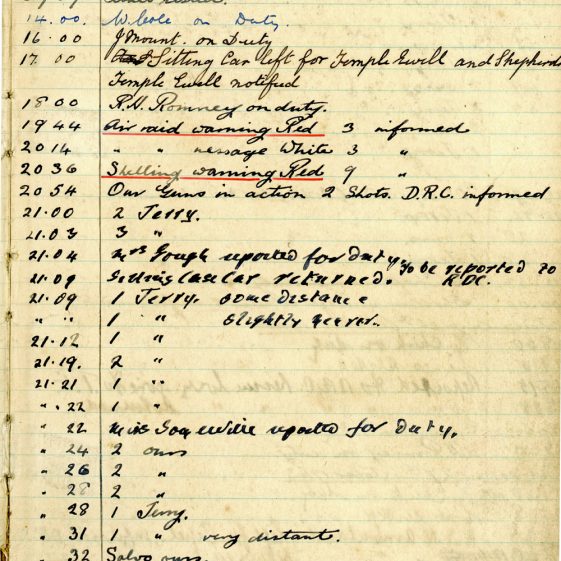 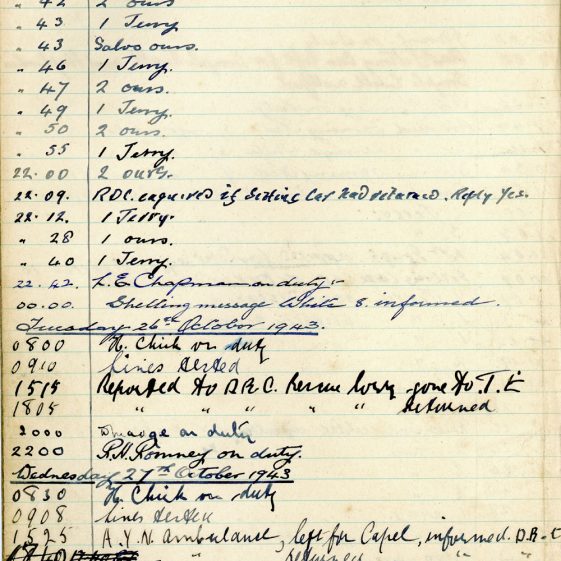 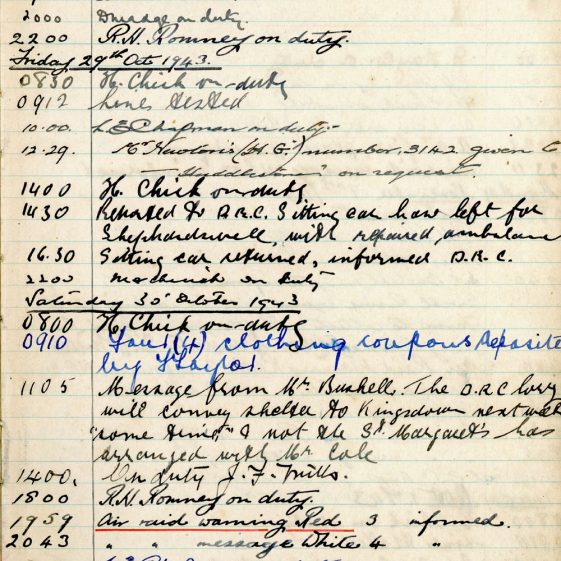 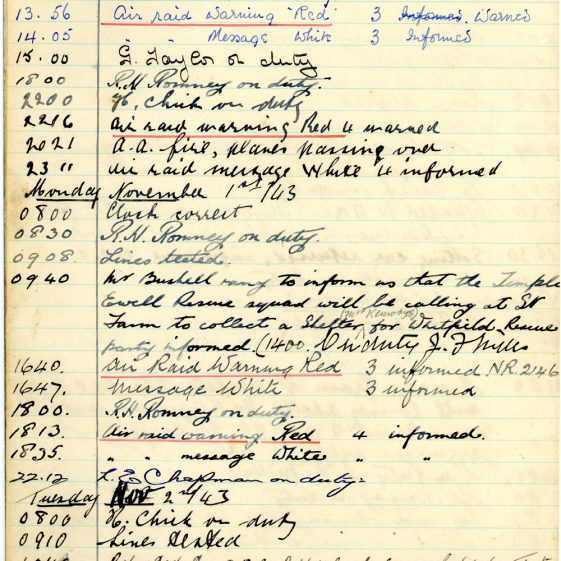 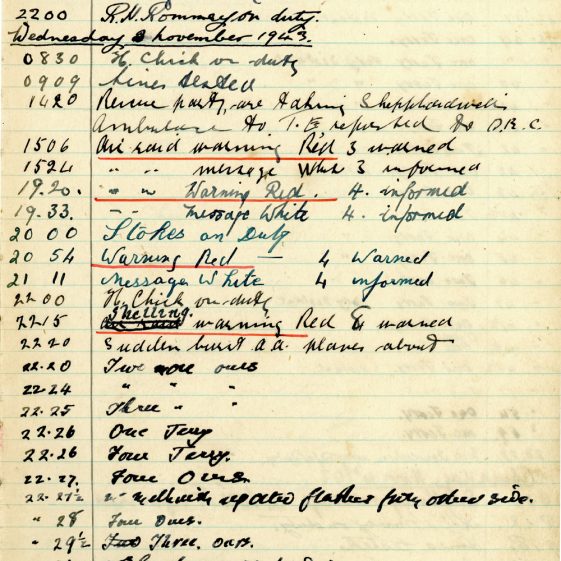 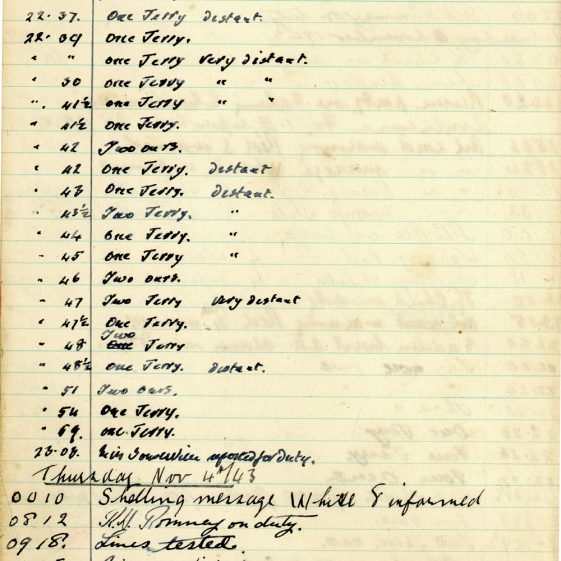 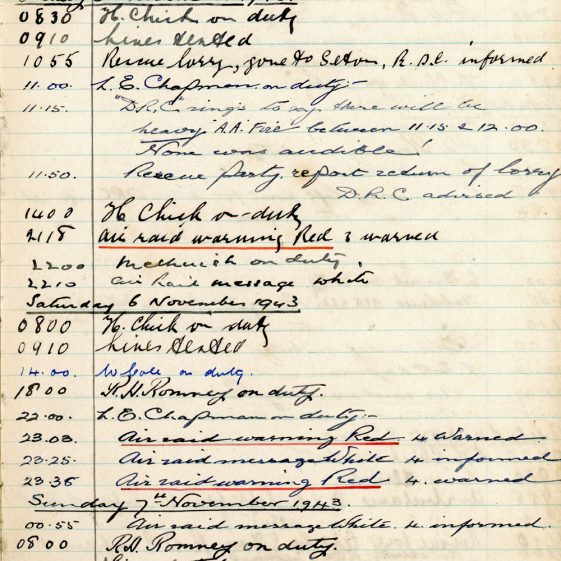 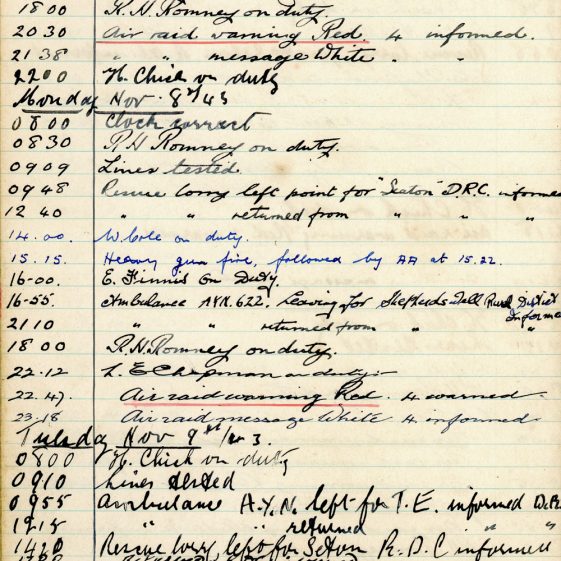 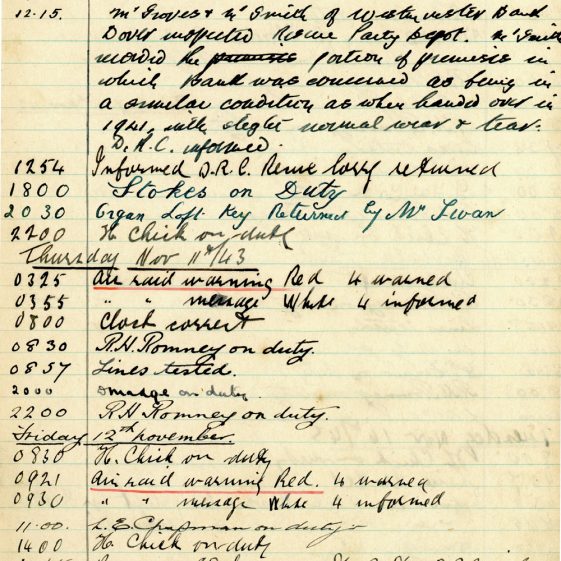 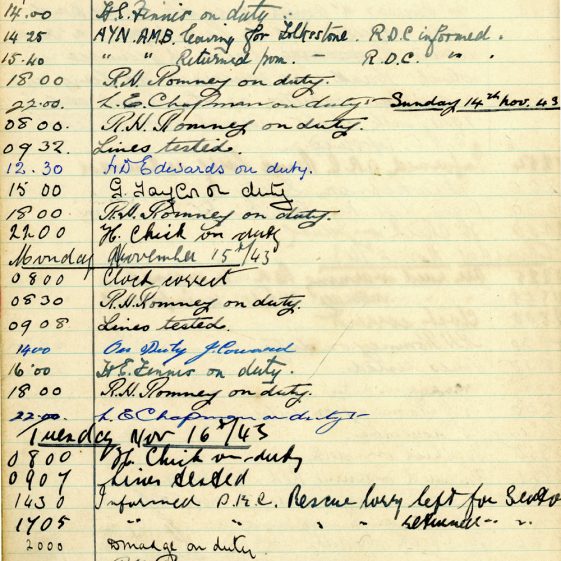 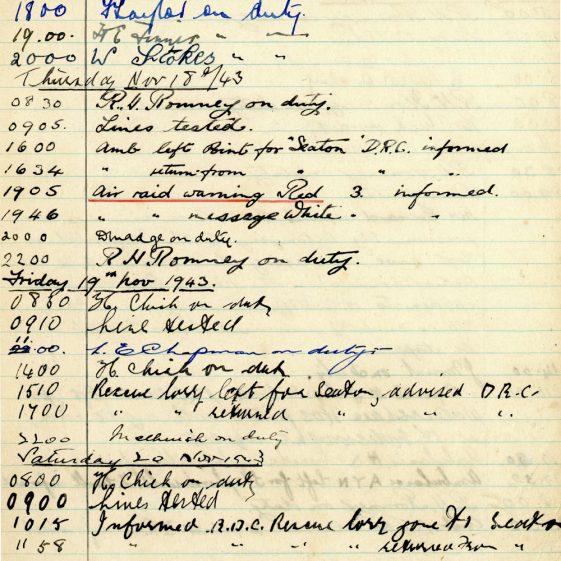 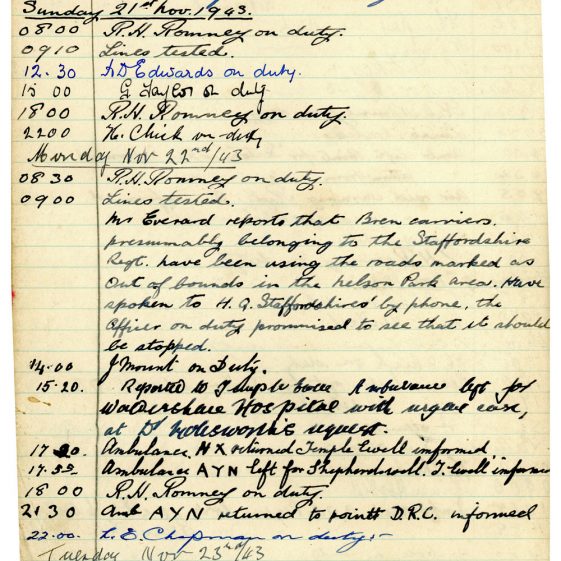 The eighth of nine volumes of the St Margaret’s ARP Logs. This volume covers the period from 25th October 1943 to the 10th August 1944.

The log entry for 6th June 1944, D-Day, simply states ‘Shelling warning, 5 warned, 5 shells at sea, ship struck off bay burning all afternoon’. On the 15th June 1944 the first flying bomb (V1) was recorded flying north-west over the village thus – ‘small plane with short wing span and light at tail travelling over village in a NW direction strongly suspect this is a wireless controlled bomb’. These weapons were regularly recorded passing over the area but none actually landed in the area. The village continued to be shelled constantly by the German guns sited on the French coast with our guns also in action. The log records the intensity of the bombardment.

The Air Raid Warden Service was set up in 1937 dedicated to the protection of civilians from the damage from air raids. The St Margaret’s ARP Post was set up in the Cliffe Hotel in St Margaret’s-at-Cliffe High Street. The Chief Warden was Charles Groves who was also the hotel proprietor.

Given St Margaret’s proximity to the French coast air raid warnings figure prominently in these logs. Air raid warnings were colour coded which is how they are recorded in the log. They are as follows:-

AIR RAID MESSAGE YELLOW
A PRELIMINARY CAUTION that raiding aircraft are approaching the UK. Sent to recipients on the district warning list of districts in which raiders appear to be heading. This message is only a preliminary warning and was confidential. It was neither to be passed on from one warning district to another nor to be conveyed to the public.

AIR RAID WARNING RED
An ACTION WARNING that raiding aircraft are heading towards certain districts which may be attacked within from five to ten minutes. Sent to recipients on the direct warning list of districts threatened. Message passed by telephone to certain authorities on the warning list, who will sound the Air Raid Warning.

AIR RAID WARNING GREEN
RAIDERS PASSED. Raiding aircraft have left districts warned or no longer appear to threaten those districts. Sent to all recipients of ACTION WARNING. Message passed by telephone to certain authorities on the warning list, who will sound the RAIDERS PASSED.