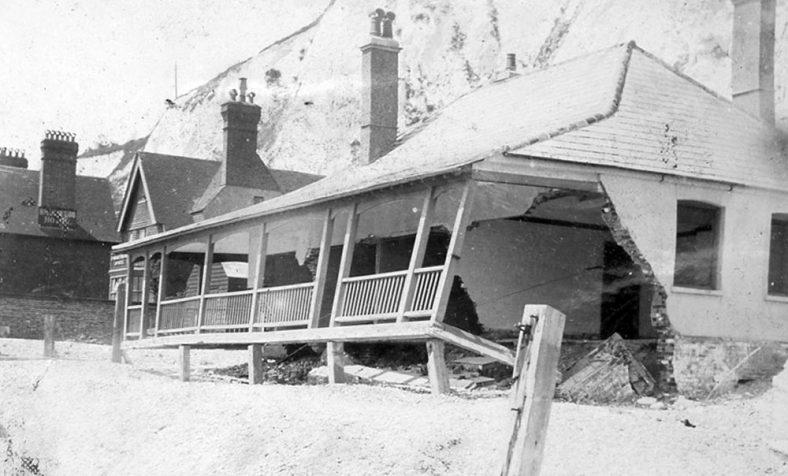 Small black and white photograph of a damaged bungalow on the beach in St Margaret’s Bay. Believed to be the property known as The Bungalow. Damage believed to have been caused during heavy storms.
This building was originally built as a boathouse for the Coastguard service which operated off the beach .