The Bungalow or Boathouse on St Margaret's Beach. c1908 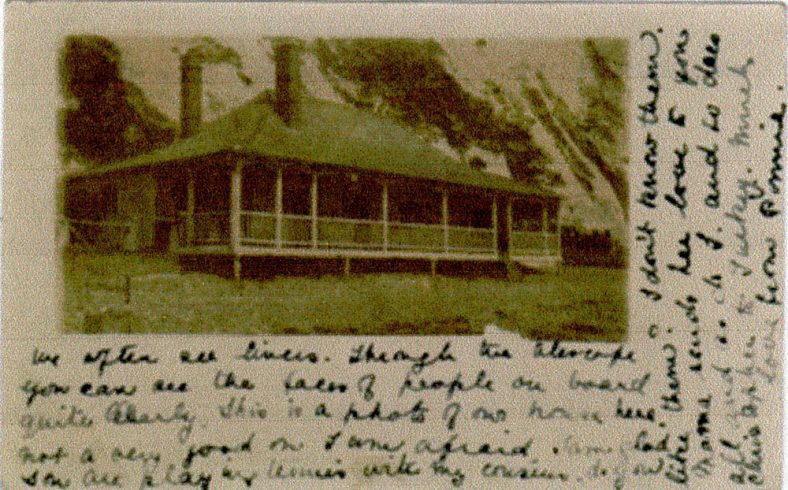 zoom
The Bungalow or Boathouse on St Margaret's Beach. c1908 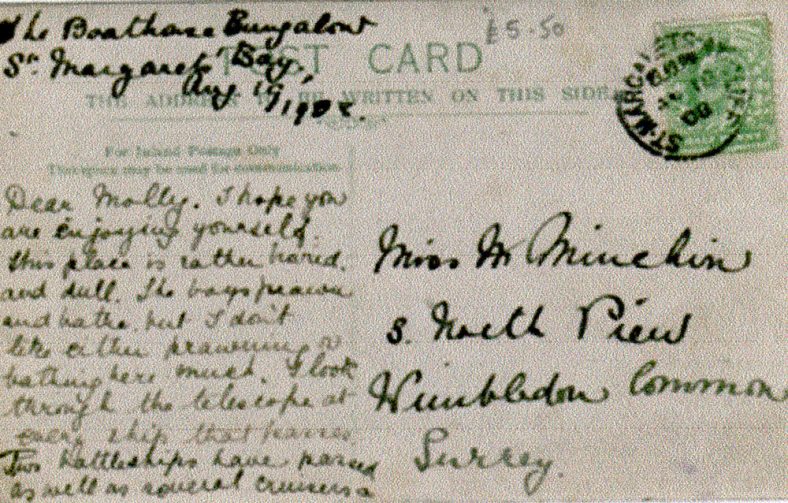 zoom
The Bungalow or Boathouse on St Margaret's Beach. c1908

Photocopy of both sides of a postcard. Picture on the postcard is of a bungalow on the beach at St Margaret’s Bay.
Although in use by this time as a holiday cottage, probably part of the Bay Hotel next door, it was built as a boathouse for the Coastguards who lived in cottages close to here until 1884

Addressed from The Boathouse Bungalow, St Margaret’s Bay, Aug 19, 1908 it reads; ‘Dear Molly, I hope you are enjoying yourself. This place is rather horrid and dull. The bays (sic) prawn and bathe but I don’t like either prawning or bathing here much. I look through the telescope at every ship that passes. Two battleships have passed as well as several cruisers’ Continues on the other side of the postcard ‘We often see liners. Through the telescope you can see the faces of the people on board quite clearly. This is a photo of our house here. Not a good one I am afraid.’

Writing becomes indistinct but there is reference to playing tennis and meeting people not known or liked. Signature at the end is indistinct.

The bungalow was badly damaged in the Second World War when the beach was used by British troops as a ‘Battle School’ and finally demolished in the 1950’s.