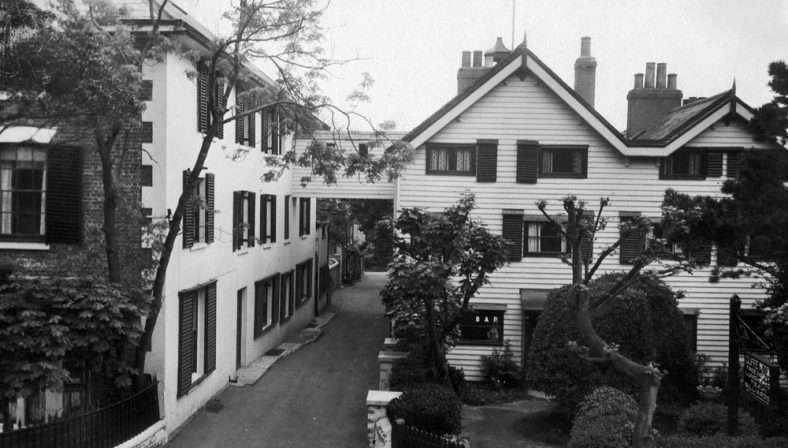 A postcard, No. 5 in the series, of ‘The Cliffe Hotel, St Margaret’s Bay’. Produced by Madges. Early 20th century.