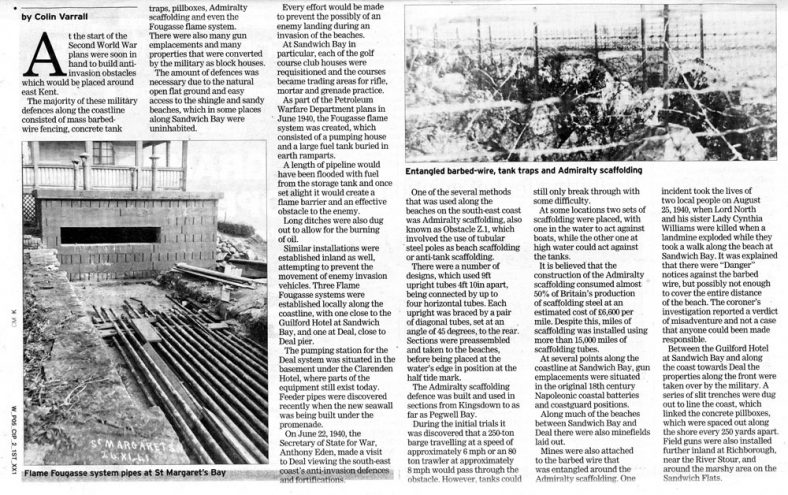 During the war, St Margaret’s Bay was considered to be a likely landing place for German troops. As such a Fougasse flame defence system was constructed in the grounds of the property known as The Edge on Bay Hill, which would allow oil to flow down to the Bay from a tank and once set on fire, would form a flaming barrier on the sea to deter incoming troops. 26 November 1941