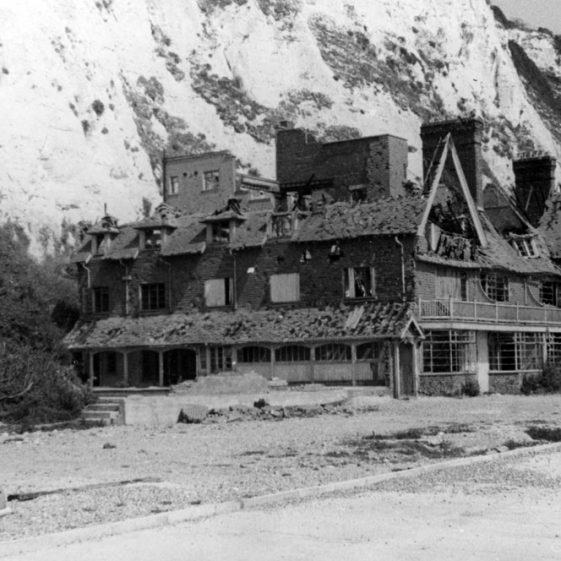 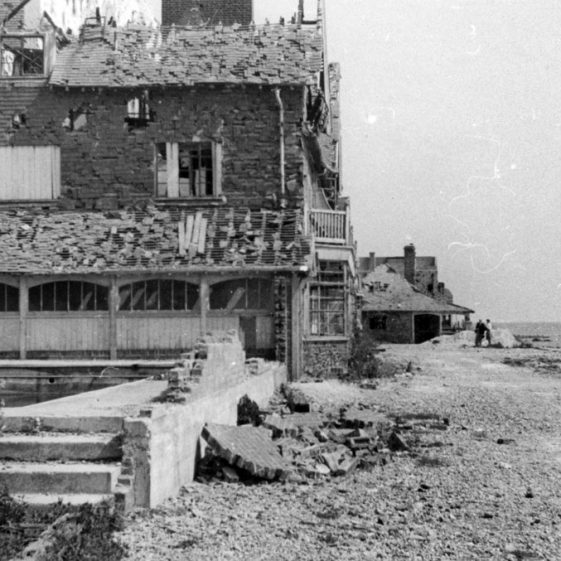 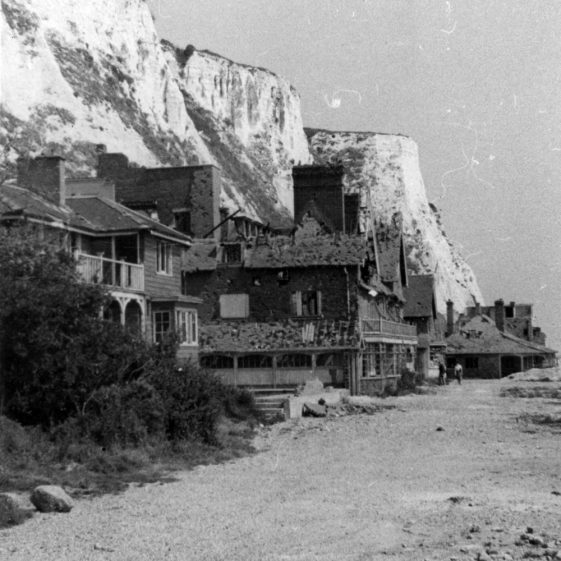 Taken from the Gordon Denoon album.
The first image is a copy of a postcard of The St Margaret’s Bay Hotel, complete with extension, taken in its pomp in the 1930s.

The subsequent three photographs taken by Gordon Denoon in 1945 show the hotel in ruins; the result of battle training of allied servicemen using live ammunition.

In Gordon Denoon’s ‘Saga of St Margaret’s’ he writes of the scene of devastation:

‘Next along the road were the battered remains of two private houses and then we came to all that was left of the Bay Hotel, the largest building on this shore. Between the wars this twin-gable hotel (built originally as two private villas) had been considerably enlarged by the addition of a massive four-storey structure, a garage like a young aeroplane hanger and an open-air swimming bath. Everything was battered and blasted almost beyond recognition. Bricks and tiles littered the area including the bottom of the pool, still full of water.
By contrast, the private residences, including Noel Coward’s house, at the extreme end of the beach, were untouched. Obviously these had been deliberately excluded from the needs of the battle school………………….
One way and another, the Bay had taken a terrible beating and none of it was due to enemy action. We had seen many times in the past few years the awful damage caused by enemy air raids in London and elsewhere but the devastation in this place we loved so much somehow seemed different’