You are here: HomenextKeywordsnextThe HermitagenextBoats on St Margaret's Bay beach. Undated but probably 1880/90 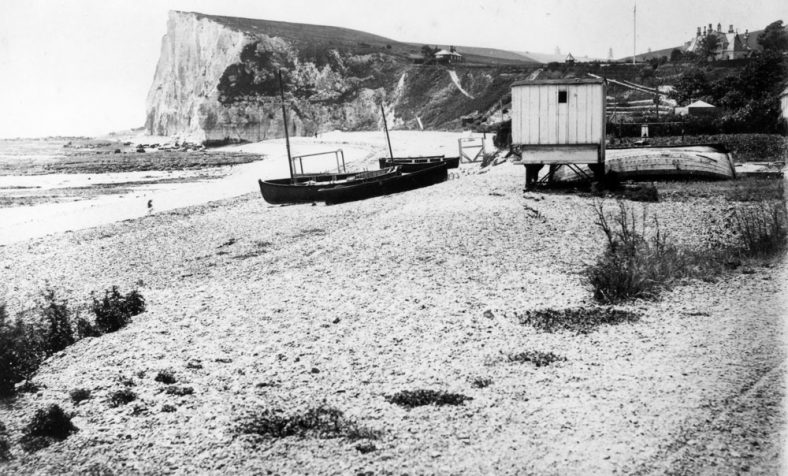 Black and white photograph taken towards the south western end of St Margaret’s Bay foreshore.
Foreground shows boats on the shingle beach whilst in the upper right can be seen The Hermitage (now South Sands House).
Along to the left can be seen The Guardhouse with the path down to the beach.
Photograph is undated, however in the background can be seen the South Foreland Lighthouse and what appears to be two of the experimental light towers which would indicate photograph taken late 19th C.