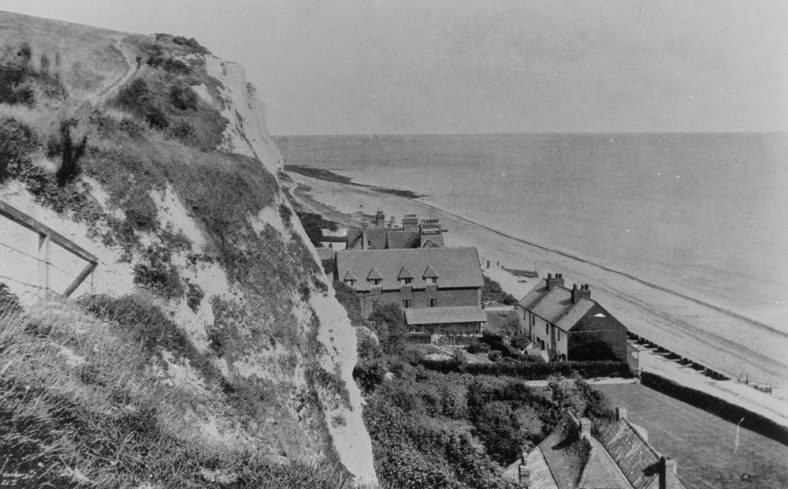 Black and white photograph taken from the cliff top looking north east. Mounted on card with hand-written points of interest indicated including the beginning of the Zigzag path to the left of the picture and the Bay Hotel and the remaining old Coastguard Cottages in The Bay.
There were originally nine cottages for Coastguards in The Bay. They were relocated to new homes on Bay Hill in 1884 and The Bay cottages sold. Some were demolished and others became holiday homes.
Undated but pre WW2.