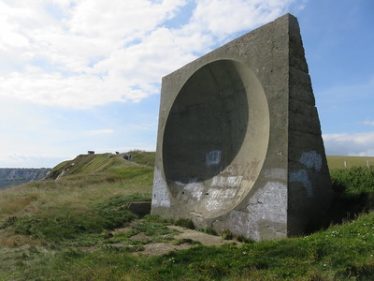 Sound Mirrors are a fascinating forerunner of radar, which were built on the south and northeast coasts of England between about 1916 and the 1930s. The ‘listening ears’ were intended to provide early warning of incoming enemy aircraft. There are a few locally at Fan Bay between St Margaret’s and Dover and at Abbot’s Cliff between Dover and Folkestone.  The largest surviving examples are at Denge on Romney Marsh.  Our speaker, Robert Hall has researched sound mirrors & contributed to publications on acoustic detection. He was also instrumental in assisting the National Trust’s excavation of the Fan Bay sound mirrors in 2014.