George Arliss was a very famous film and theatre actor, author, playwright and film producer of the early 20th Century,  both in the UK and America, who in 1929 became the first British Oscar winner.

Arliss, and his actress wife Florence had a house in the village for at least 35 years from about 1911 to 1942, which they used as a weekend and summer retreat. George wrote two volumes of autobiography and said in one that ‘there was no peace like the peace of St Margaret’s’, his much loved country retreat, where he used to come to recharge his batteries, to think and to write. 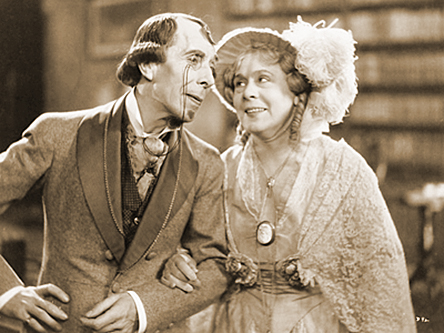 Where did they live?

Unlike many other famous and wealthy people  George and Florence lived in the village rather than the bay. Their first house, No 1, Springfield Cottage, in Chapel Lane, was originally one of two cottages. It was converted into one house in the 1960’s and is now called ‘Moonrakers’.

In 1914 they had a new house built on the cinder track to Droveway Gardens, and called it ‘Crossways Cottage’, adding a coach house for his staff and cars in the 1930’s. 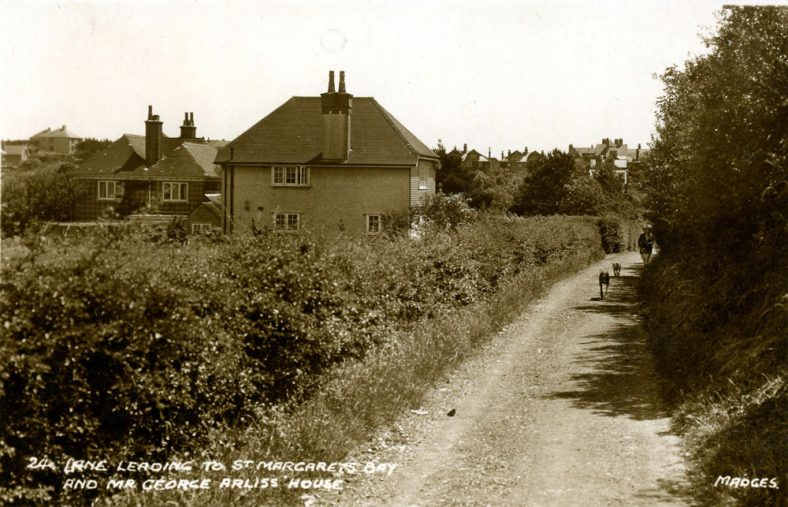 The couple also had a house in Maida Vale near Paddington and during the twenty years when he mainly worked in the winters in America, Arliss crossed the Atlantic more than 60 times, returning to the UK annually for the spring and summer.

‘Crossways’ was destroyed by a direct hit from  German cross channel guns on 4 September 1942, and the present ‘Crossways ‘ was built in the 1950’s by his brother and his nephew who inherited the site after George’s death in 1946.

The site was divided in the 1980’s into two properties, as now, the larger house was sold and the Coach House extended and modernised.

Although he is now largely forgotten, George was a film superstar in his day. He had begun his career on the stage, and became very famous in America for his stage portrayal of Disraeli. Warner Brothers took him on to make a series of films to try to improve the less than serious image films had in the 1920’s. In 1929 he won an Oscar for a film version of Disraeli, the first Brit to win the award.

George made 24 films in total for Warner’s and then Darryl Zanuck, and lastly, in England, for Gaumont- British.  Florence was also an actress and starred in many of the films alongside him.

His last film was ‘Dr Syn’, made in 1937 with Margaret Lockwood. He acted in various films with young, then unknown actors, such as James Cagney and Boris Karloff and is recognised as the man who mentored the young Bette Davis.

George and Flo in the village

George and Florence were a well- known couple in the village. He often had to go to some lengths to avoid fans, hiding in the Left Luggage Office at Charing Cross before getting the train to Martin Mill or Dover.

He loved to walk for miles along the many footpaths in the village and was a familiar figure in a deerstalker hat and his trademark monocle, sometimes besieged by Boy Scouts with autograph books. Local people flocked to see his films in Dover and Deal.

George and Flo involved themselves in local life. He was a member of the village golf club for 25 years and eventually became a Vice President. He and Florence opened local fetes including the annual village flower show and supported local causes including animal charities. George was a vegetarian and an anti –vivisectionist, famously quoted as having said’ he would never eat anything he could pat’. They had no children.

The Arliss’s also employed several local people, especially George Chapman, who was their caretaker and gardener at ‘Crossways’ for many years. He nearly lost his life when the house was shelled and destroyed in 1942. Fortunately he was sheltering in a dugout in the garden with four others when the shells fell and was unhurt.

In 1911 they took a young village girl, Susan Finnis, later Crees, from her home in Chapel Lane to America with them to work as a cook. She was one of 16 children. At the age of 92, in 1979, she recalled in an essay competition  her time working for the Arliss’s and travelling all over the USA and Canada. 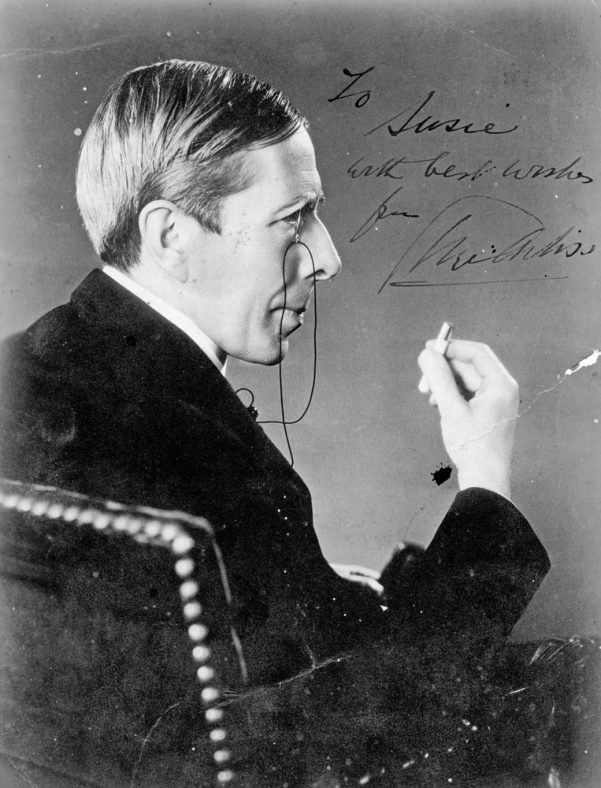 Signed photo of George Arliss dedicated to Susie Crees, a village resident who worked for him in the USA and Canada as well as in the village.

One Christmas she argued with their English butler Jenner, as she cooked the Christmas lunch for 20 people, throwing a plate at him which cut his head open! She and the Arliss’s spent the whole of WW1 in New York, quite a different life for a girl from a small village in Kent.

Today most people have not heard of George Arliss who retired from acting in 1939. By the time of his death his acting style was seen as rather dated. Flo had problems with her sight and they spent the last few years of their life as a couple enduring the London blitz, with the windows of their home boarded up as all the glass had been blown out. Losing their beloved St Margaret’s home must have been a terrible blow. George died in 1946, Flo in 1951. Crossways was rebuilt after the war by their nephew, George Arliss- Andrews, as a close copy of the original. 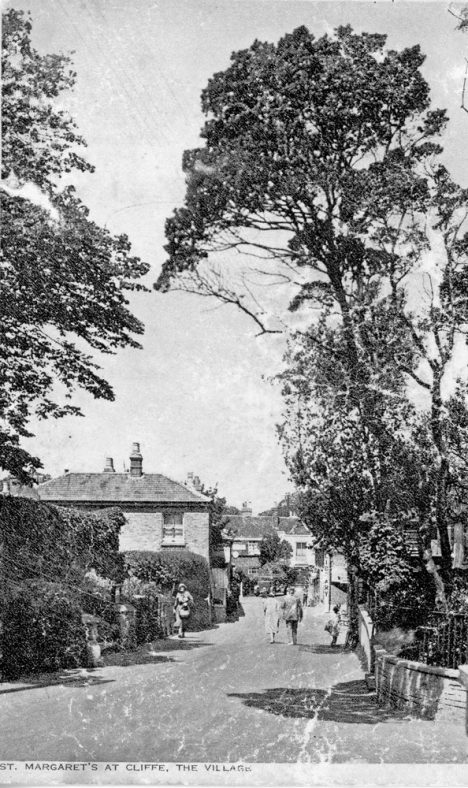 From the postcard series by KJ Madge, a view of the High Street with George & Flo Arliss walking away from camera

Where to find out more

We have a small number of Arliss related images in our archive. Click here

If you want to know more about George and Florence there are currently only a few books in print by an American author, Robert M Fells, whose ‘George Arliss, The Man Who Played God’ (published by The Scarecrow Press in 2004) is a 260 page biography of Arliss, mainly concentrating on his film career. Well worth a read.

Robert Fells has also written a number of books showing items from his own collection of Arliss memorabilia, the most recent is ‘More Rarities from the Arliss Archives’ (2011) All these can be found on Amazon.