You are here: HomenextVillage archivenextBuildingsnextOxney Court and ManornextAccount of the case for trespassing brought by Pilcher against Banks 27 October 1858 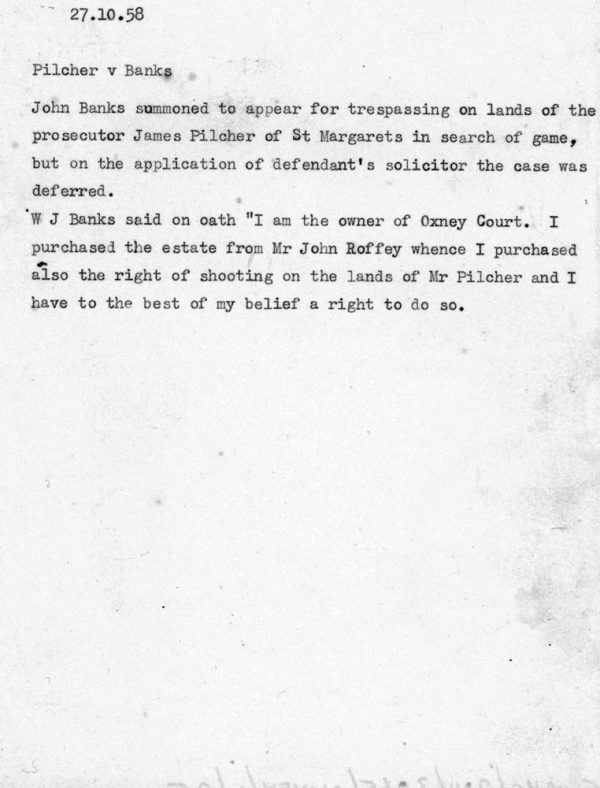 A short typewritten account of Pilcher vs Banks dated 27th October 1858.
John Banks was summoned for trespassing on the lands of James Pilcher to shoot game. Being the owner of Oxney Court, Banks thought he had also bought the rights to shoot game on Pilcher’s land. The case was deferred.