You are here: HomenextKeywordsnextThe Bay HotelnextWar damaged village on the beach.

War damaged village on the beach. 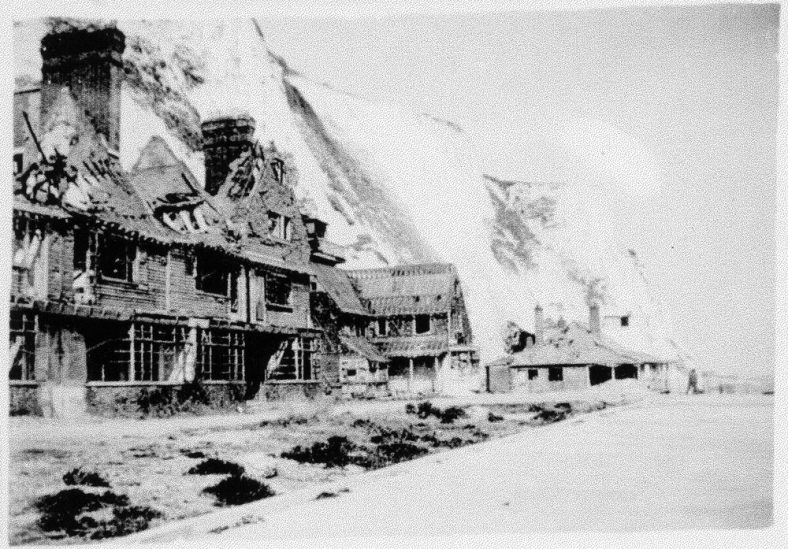 A copy of a black and white photograph showing the Bay Hotel as a damaged shell. Damage may have been caused by the fire in 1943 or caused by the British Army during the Second World War when the area was used by our troops as a battle training ground.