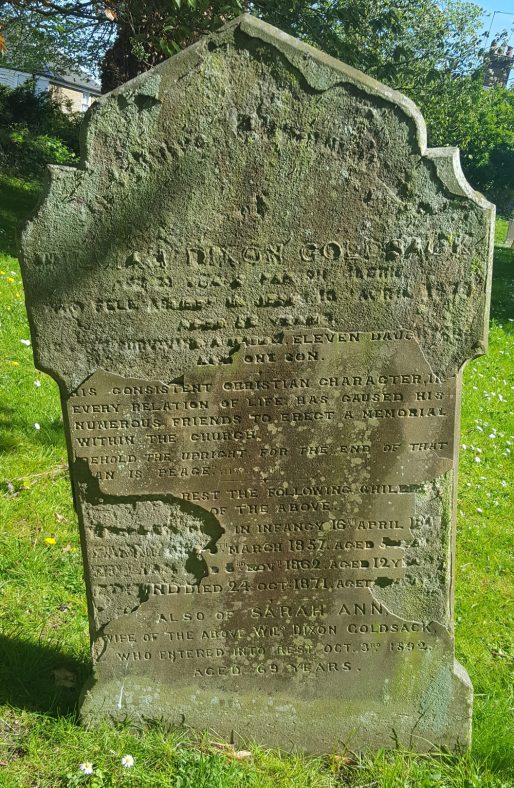 The memorial erected to William Dixon Goldsack was a stained glass window, unfortunately no description of the window exists. This window was destroyed by enemy action during WW2 and has since been replaced by The Herald of Free Enterprise memorial window.