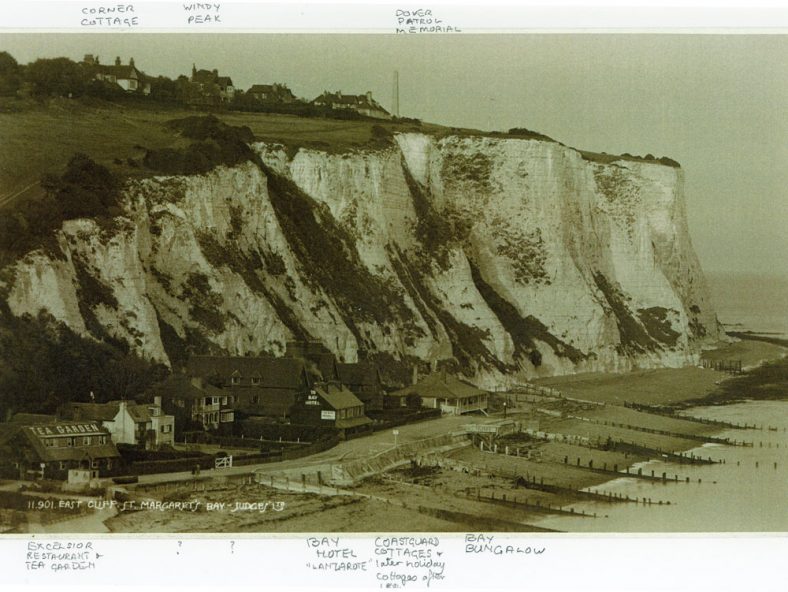 Photocopy of an enlargement of a black and white postcard titled ‘11.901. East Cliff St Margaret’s Bay – Judges Ltd’
View taken from the west towards the eastern end of the bay showing both buildings on the bay and above on the Leas.

Around the photograph several buildings have been identified in pencil (from top left to bottom right) – Corner Cottage, Windy Peak, Dover Patrol Memorial (all on Leas), and Excelsior Restaurant and Tea Garden, Bay Hotel ‘Lanzarote’, Coastguard Cottages and later holiday cottages after 1884, and Bay Bungalow (all in the Bay).