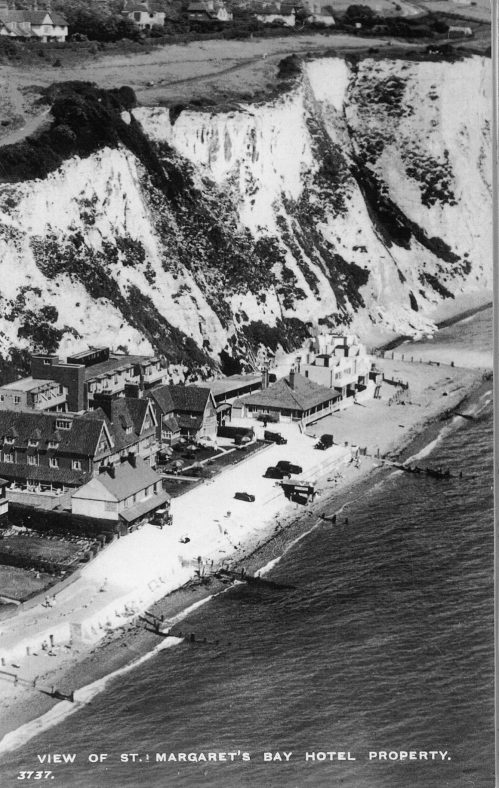 The hotel is The Bay Hotel formerly The Lanzarote which was extended in the 1930’s with additional rooms, a ballroom and a swimming pool. To the right of it is the old Coastguard Boathouse converted into holiday accommodation and to the right of that new several white’art deco style’ houses which were to be occupied  after the war by Noel Coward and his friends, including Ian Fleming. All but the art deco houses were destroyed during the war when the beach was used as a battle training school for the British Army.