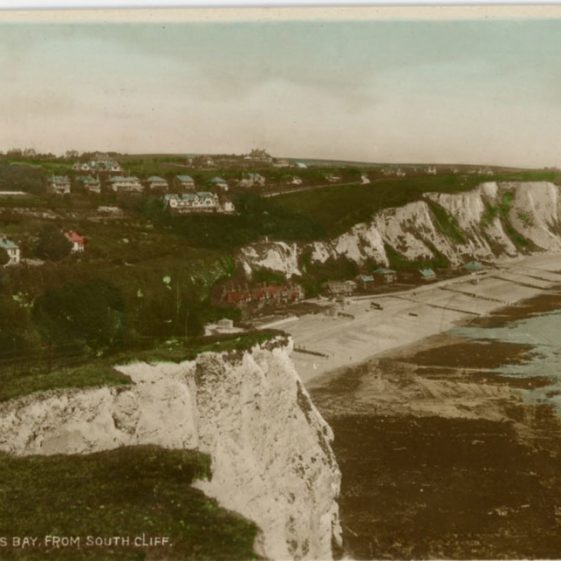 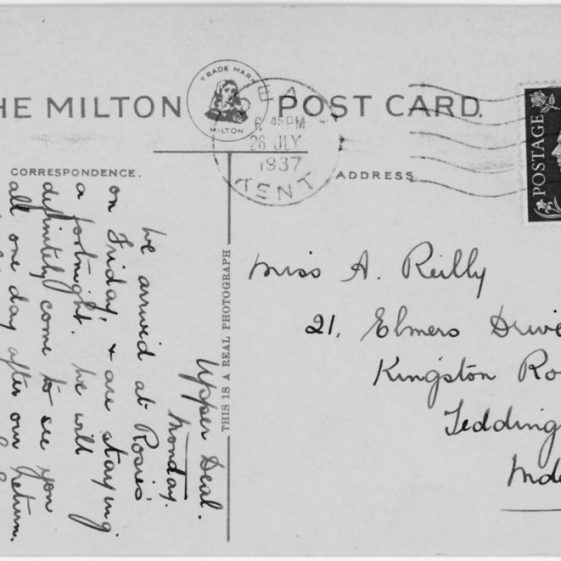 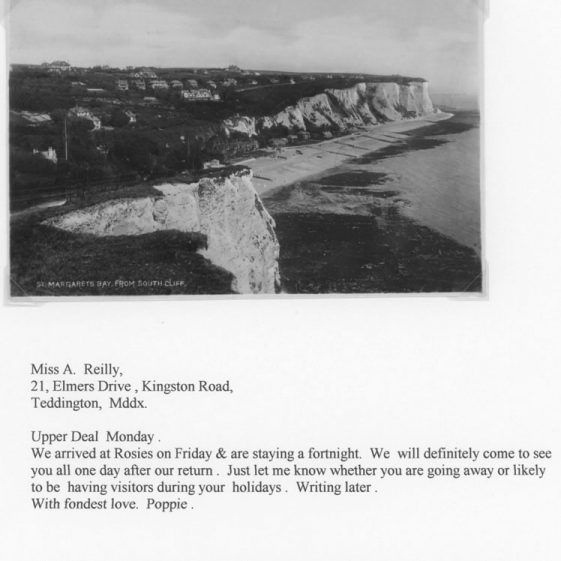 A tinted photograph of a ‘Renowned’ view in the Milton Series of postcards published by Woolstone Bros. of London E.C.2. Bearing a red King George VI stamp it was posted in Deal and franked at 6.45pm 26 July 1937.

Our archivists Ruth and Keith Nicol have looked at this postcard again since it has been up on the site and added the following information dating the view to c1920. Postcards were often reprinted which may account for the gap between the probable age of the photograph and the postmark!
Keith says,
‘I think the earliest date is October/November 1920 because the wreck of the ‘John Sherburn’ has been lifted from the beach, and it was originally near the wave cut platform when lifting work began, moved inshore to almost opposite the Excelsior Tearooms then removed to Dover in mid October 1920 (Dover Express reports for exact dates) also see pictures of Steam Trawler wreck in St Margaret’s Bay on website.
If the ‘John Sherburn’ remained on the beach she would be visible.
The Dover Patrol Memorial foundation stone was laid in November 1919, but not much is showing behind Coggers, although the lump of buildings nearer the cliff edge is probably the Coastguard Station.
It would be interesting to know how long it took to raise the Obelisk of Dover Patrol Memorial within its scaffolding, as there is none obvious in this view.’