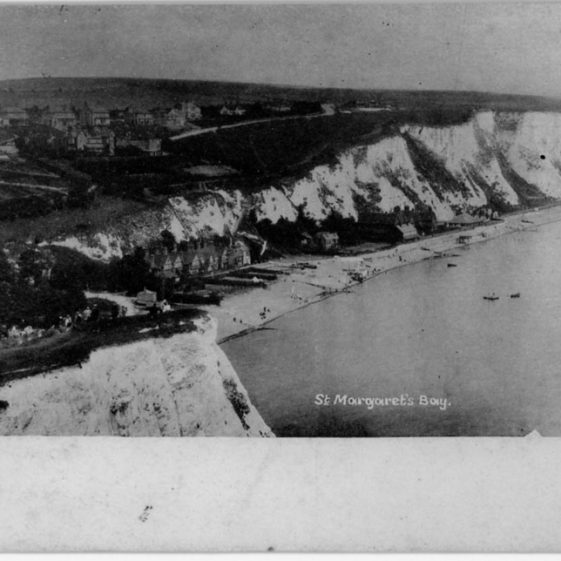 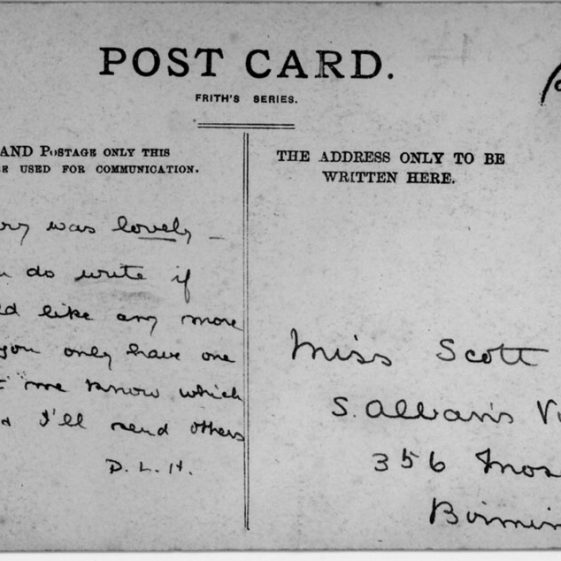 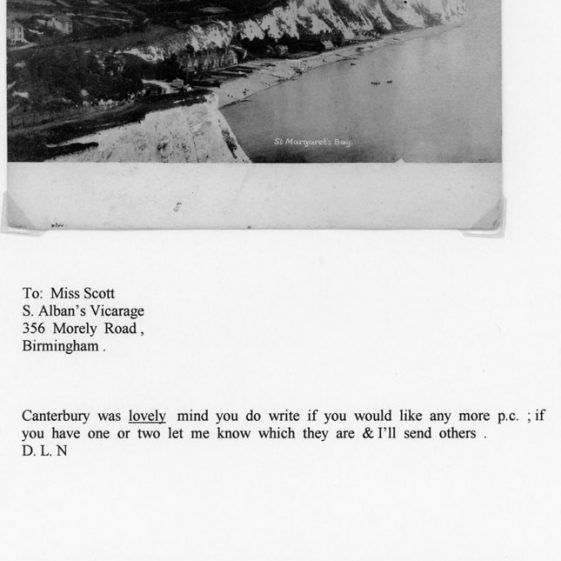 This Frith’s Series black and white postcard of the scene from the Ness Point end of the Bay is postmarked 11 August 1904.
Of particular interest is that it is likely to have been taken shortly after that in item 1516. There are four small vessels in 1516 whereas in this photograph the boat that was on the right is now out of shot, the centre pair are in the same place and the boat nearest the beach has moved along somewhat. The people on the cliff have also moved. It is framed slightly differently but other features are the same.