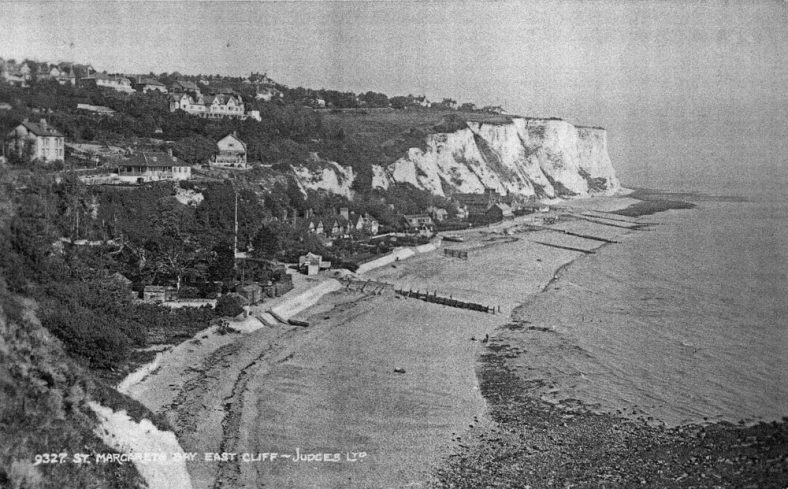 This image taken from The Ness looking NE across the Bay shows how overgrown the garden (bottom left) of The Green Man has become.

Just above is the bungalow known as The Edge, which was originally shown at The Ideal Home Exhibition and rebuilt here. To its right this building used to be the garage for The Edge before it was converted into a split level bungalow in 1924 being known as first Edge Cottage, and then after damage in WW II, when it was rebuilt, its name became Isipingo.

Note the sea protection bulwark stretching along the beach from The Green Man as far as the Excelsior Tea Rooms.