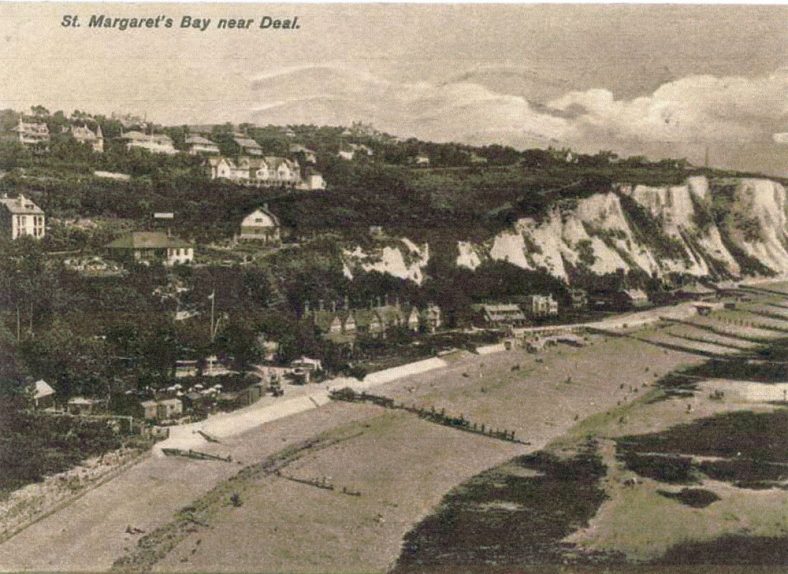 This pre WW2 aerial photograph of St Margaret’s Bay shows the groynes, which were needed to prevent the eastward shift of shingle. After the building of Dover Harbour, this affected the deposition of shingle as it was swept around the end of the Admiralty Pier into deeper water thus denying continuous beach replenishment at St Margaret’s.
The gardens of the Green Man are at lower left, the Granville Hotel is at middle left and to the right on the cliff top is the faint outline of the Dover Patrol Memorial built in 1921.