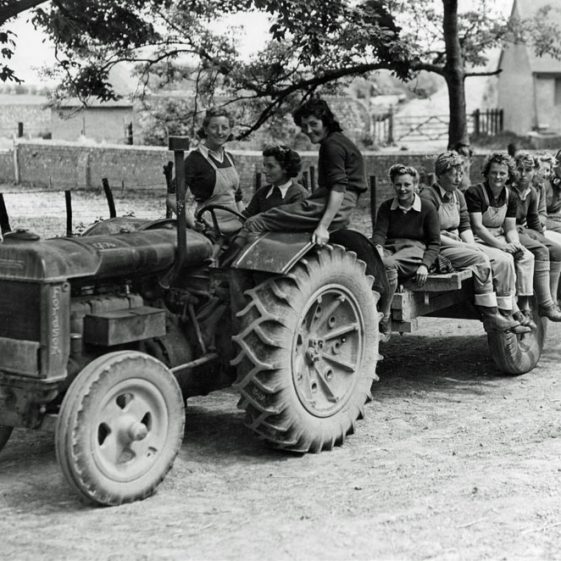 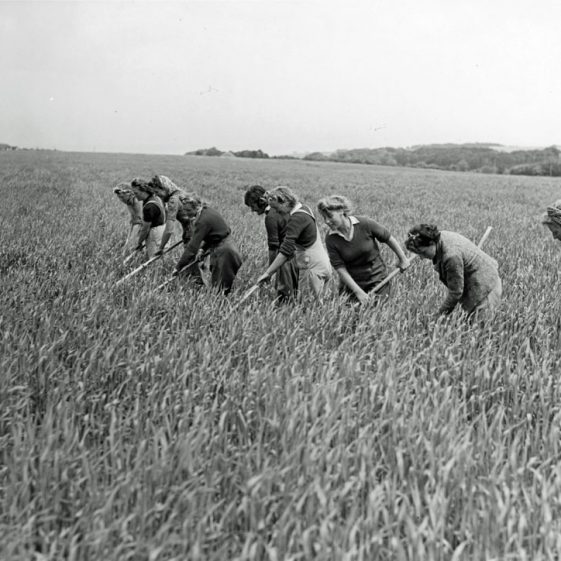 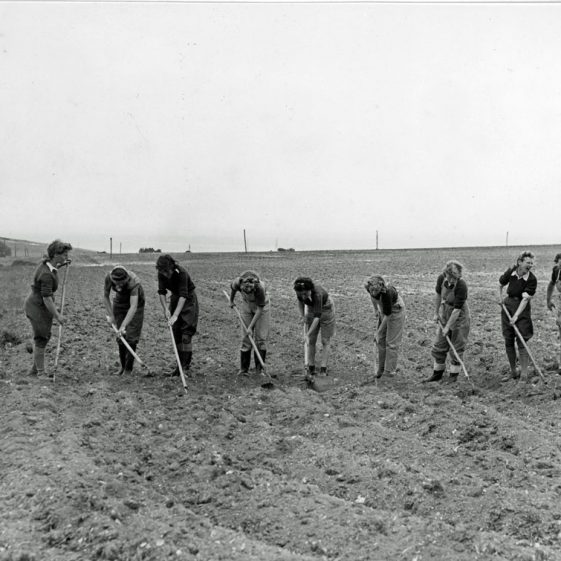 It is likely that these were part of a portfolio of posed propaganda shots arranged by the Ministry of Information for an exhibition to be shown in the USA highlighting the bravery of the Land Army continuing to farm under the constant threat of enemy fire from long range guns and attacks from the air.

Related links to other pages